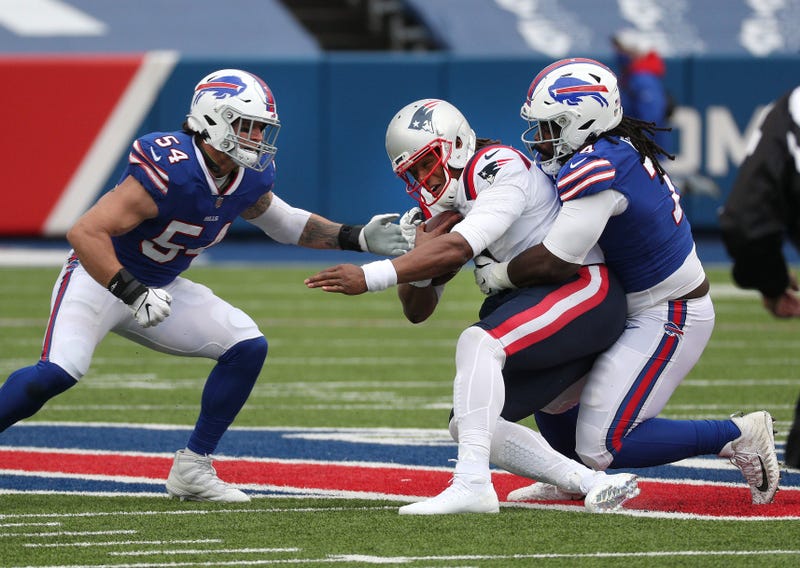 The New England Patriots have won the AFC East in 16 of the last 17 seasons, which is why it’s so jarring to see them sitting at 2-5 and riding a four-game losing streak.

Replacing Tom Brady was not going to be easy, and Cam Newton’s play in recent weeks has not been great. But don’t be surprised if Newton returns to New England in 2021.

“First of all, let me just say nobody can replace Tom Brady. Tom’s the GOAT,” former Patriot and three-time Super Bowl champion Willie McGinest said on The Zach Gelb Show. “So I’ll never try to compare or replace him with anybody. As far as moving on . . . when you lose so much at one particular time, it’s tough to overcome. Cam Newton is a special player when he’s healthy. Even Cam Newton – as good as he is – it’s tough to come in and digest a sophisticated game-plan and playbook, which he’s not even probably a quarter into from Josh McDaniels and what they’re trying to do and what they want to do. The other thing that is important is you got to have consistent pieces on the field. If players are hurt, if players are not there, it’s hard to have different guys in the lineup that don’t know you, that are not used to you, that don’t have that chemistry that you’re not in sync with.”

Indeed, from COVID-19 opt-outs to a revolving door at running back to a lack of weapons on the outside, the Patriots have had to overcome a lot this season. Whether or not they make the playoffs remains to be seen, but McGinest hasn’t given up on Newton in New England.

“If Cam is healthy and Cam is willing to put in the work, which he showed he has, I think Cam will be a Patriot,” he said. “It just depends on the situation. You got to work out the contract. . . . I think it will work. I don’t look at the 2-5 record and [think], ‘Oh, it’s done, it’s blown up, it’s over.’ There are great organizations and franchises that usually go through this type of transition. I think Cam still has a lot left in the tank to go in for a few more years and digest this system and play at a high level, but they do have to get some more talent around him. It’s not just about Cam. At some point, teams are going to prepare and try to take Cam away. Other pieces have to step up where they can be explosive like they were before.”

New England ranks 30th in passing offense and 29th in scoring offense (19.4 points per game). The Patriots started 2-1, but it’s been all downhill since Newton tested positive for COVID-19.

McGinest would like to see what Newton can do in a normal season with a full complement of weapons.

“It’s been [seven] games, and Cam hasn’t played in all the games,” McGinest said. “He was out for COVID, so he missed another two weeks or however many days. So I don’t think it’s a fair assessment of, ‘Is Cam the guy?’ We’ve given some of these quarterbacks in the league who I think are average to below average, we’ve given them five years, we’ve given them four years in a system, and they still haven’t showed that they’re elite or they can play at a high level in certain situations. I just don’t think it’s fair to say after eight weeks, nine weeks into a season, ‘It just doesn’t work with Cam.’ These guys are $100-million quarterbacks, some of them.”