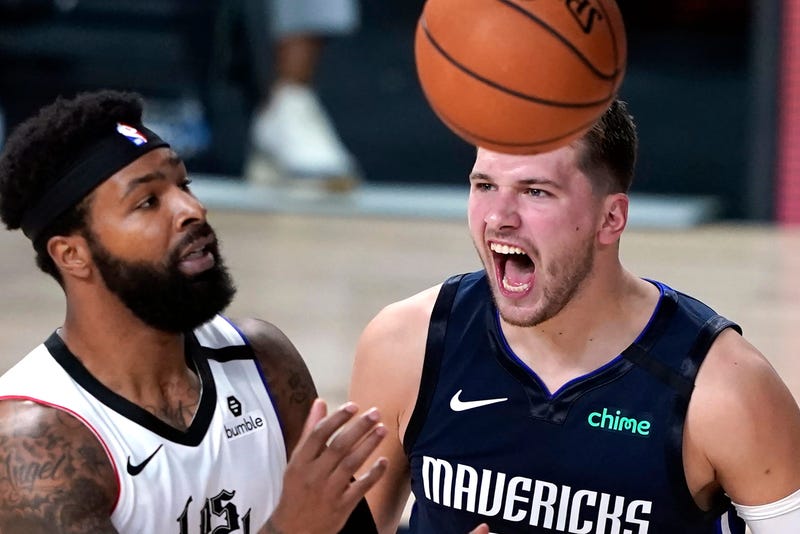 When Luka Doncic drilled a three-pointer at the buzzer to give the Mavericks a 135-133 overtime win over the Clippers in Game 4 of their first-round playoff series Sunday, Zach Gelb, for the first time in a long time, felt a sense of normalcy.

“Even though there were no fans, you hear the excitement in Mike Breen’s voice – where he goes, 'Bang! Bang!' – when Luka Doncic hits that game-winning shot,” Gelb said on The Zach Gelb Show. “That excitement, to me, resonated so much because it was that first big sports moment on a national stage where, even though it’s not normal right now – being in a bubble, being in Orlando, no fans – it felt normal. Sports are such a major piece in the healing process. They don’t make you healthy, sure. They don’t bring back loved ones. There’s always that bond, though, through sports.”

The last few months haven’t been easy, as more than 177,000 Americans have died of COVID-19. The journey has been long, and there is still a long way to go, but this experience has afforded many lessons.

“These times are tough,” said Gelb, who was back in New York City studios Monday for the first time since March. “They’re difficult. When March happened, I went to my folks’ place, and I didn’t think I was going to be there through August pretty much. Let’s be real: when we were talking about this a week before Rudy Gobert tested positive for the coronavirus, I don’t think anyone really could have predicted how bad this was going to get, especially here in the United States. We heard about what was going on in Italy. We heard about what was going on in Wuhan and all around the world. It was that feeling that I had, ‘Well, at least it’s not here.’ I know that sounds selfish, [but] until it hits you smack in the face, you think you’re invincible.”

The virus, however, is a reminder that we’re not.

“It’s a difficult time because everyone’s lives have been flipped upside down, people have lost loved ones, people have lost their jobs and everyone’s been adapting,” Gelb said. “Even though I didn’t want to have to adapt, it was nice to be with family throughout this. For what the circumstances were, this has actually been an enjoyable summer for me. Yes, it’s not your typical summer where you’re going to the beach every weekend and you have the freedom to go out and go to bars all the time and things like that. But when I look back at this summer, even though I didn’t want this to happen, it was an enjoyable summer. I played a lot of golf, was able to see a lot of high school friends that ended up coming back home to live with their parents during this as well. Your circles had to get a whole lot tighter during all this. . . . The one positive during this virus is there was more family time or time with closer friends as we all had to adjust our lives on what a traditional summer looks like.”

Gelb has not been untouched by COVID-19, as several members of his extended family tested positive but have recovered. A family friend, however, lost her father to the virus.

Meanwhile, Gelb's 93-year-old grandfather, who is approaching his 70th wedding anniversary, has been hospitalized for over three months due to heart surgery and colon cancer surgery. Fortunately, he is doing better.

“In times like this, even though no one wanted to see a pandemic occur and even though it has caused lifetime suffering for people that lose loved ones, what I’ve realized through this pandemic is you really need to appreciate things that you take for granted,” Gelb said. “How many times – in everyone’s family – do you get in a trivial, petulant, stupid fight that sometimes you won’t talk to family members for months and months and months? And then a tragedy hits, whether it’s a pandemic or it’s a death, and what happens? You come together and you embrace because you’re connected through either blood or through friendship. We see that all across the world. However, when I look back at what we’ve been through the last few months – the adversity that others have had to overcome or the tragic losses that people have had to deal with – you appreciate the small things in life.”