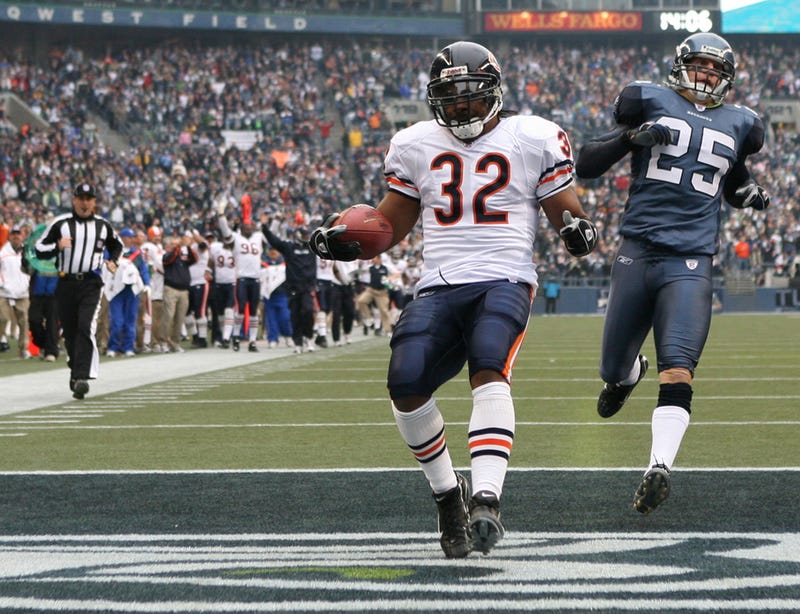 (670 The Score) Former Chicago Bears running back and University of Texas star Cedric Benson died in a motorcycle accident Saturday night, the Austin American-Statesman has reported. He was 36.

Another passenger was killed in the accident, according to the report. Two other adults suffered non-fatal injuries. The accident occurred in Austin around 10 p.m. CT Saturday night.

Police told TMZ Sports that the motorcycle collided with a minivan and that speed and visibility were a factor in the accident.

The Bears released a statement on Twitter Sunday afternoon sending their condolences to Benson's friends and family while the Texas Longhorns tweeted out a video to honor Benson.

Our condolences to the friends and family of former Bears running back Cedric Benson, our 4th overall Draft pick in 2005 and member of the 2006 NFC Champions team. pic.twitter.com/vz10iCyhYe

Thank you for the memories, Cedric. A true Longhorn Legend. pic.twitter.com/9gtoqo7ohi

Benson was the Doak Walker Award winner as a senior at Texas in 2004 — which is given to the nation's top running back. He was drafted fourth overall by the Bears in the 2005 NFL Draft and played in eight NFL seasons, including three with the Bears, four with the Cincinnati Bengals and one with the Green Bay Packers. He last played in the 2012 season with Green Bay.

Former teammates and coaches reacted on social media to news of Benson's death. Chad Ochocinco, who played with Benson in Cincinnati, tweeted out a photo of the running back with the caption "R.I.P. Cedric Benson," while former Texas head coach Mack Brown replied to someone's Instagram post, "we lost a great one way too soon #RIP"

Former Longhorn great Cedric Benson has died after a crash last night. His final Instagram post indicated he was going for a motorcycle ride. Condolences are pouring in, including from his former coach, Mack Brown. pic.twitter.com/X4DhXg1ekU

Benson's death came three days after he was found guilty of a misdemeanor charge in Travis County, Texas, after prosecutors dismissed a drunk driving charge. He had multiple DUI charges, including one in June of 2008 that led to his release from the Bears.

Hours before the crash, Benson posted a photo of his motorcycle with the captions, "My Saturday evening."