You may be stuck in quarantine with the desire to catch up on those nagging household projects you’ve been meaning to get to. However, the temptation to hang on the couch and binge Netflix is far too great. Don’t worry, celebrities are having the same trouble.

The Rolling Stones frontman is first seen strumming a guitar out on his patio when the narrator tells him, “Hey you there! Yes, you. What do you think you’re doing? Go and do something useful, all those chores you’ve been putting off.”

Jagger then proceeds to take it upon himself and get to those nagging tasks like fixing the front door, working on his car’s motor, gardening, pruning flowers, and yes, herding sheep. Celebrities… they’re just like us.

Take it from Jagger, there’s plenty for you to accomplish at home while in quarantine.

The Rolling Stones recently treated fans to their first new song in 8 years when they released “Living In A Ghost Town” a few weeks ago.

The song was written and recorded in Los Angeles and London, and was completed while the band members were in isolation. With fans having to wait 8 years before The Stones treated them to new music, one might expect a grueling songwriting process. In reality, it was quite the opposite.

“Sometimes these things take a long time to write but this, I just wrote it really quickly in like 10 minutes,” Jagger said at the time. 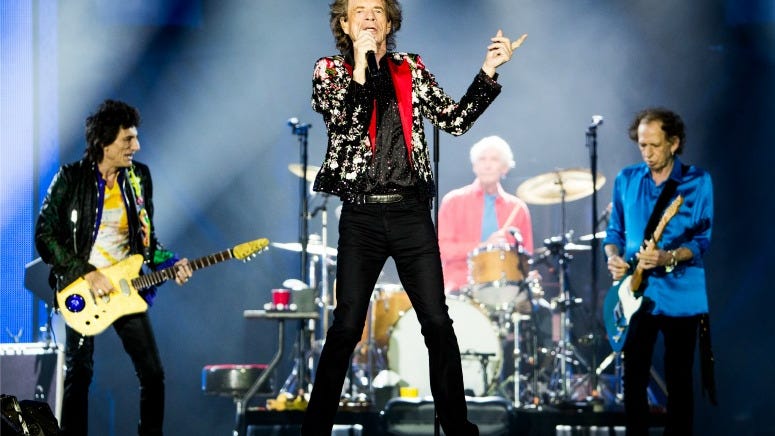 The Rolling Stones Return With First New Song in 8 Years, 'Living In A Ghost Town'