Fleetwood Mac singer Stevie Nicks is getting set to release a brand new solo single this month, titled “Show Them The Way,” and in the lead up, she spoke with the Los Angeles Times about the new track and upcoming live concert release, 24 Karat Gold which is set to play in select cinemas on October 21 and October 25.

In the interview, an emotional Nicks also opened up about the last time she reached out to former Fleetwood Mac singer Lindsey Buckingham, who was fired from the iconic group in 2018. 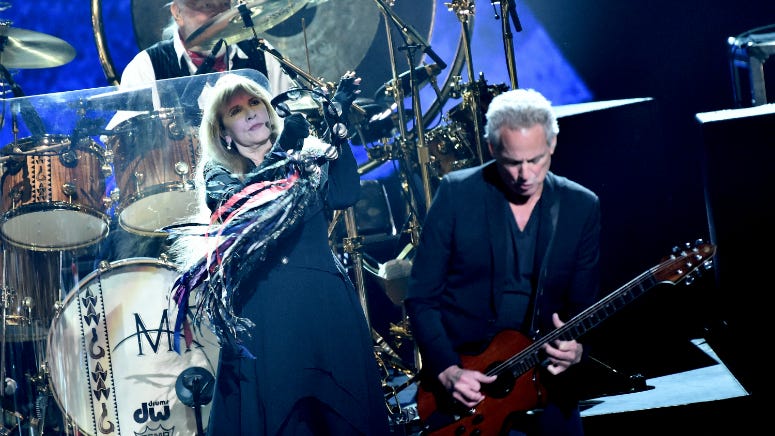 Nicks says she told him in a letter after his heart attack in 2019, “you better take care of yourself. You better take it easy, and you better do everything they tell you, and get your voice back and feel the grace that you have made it through this.” Stevie says she also told him that she never wished him out of the band and was genuinely “disappointed” when it occurred. “Any time we re-formed to do a tour or a record, I always walked in with hope in my heart. And I just was so disappointed. I felt like all the wind had gone out of my sails,” she said. 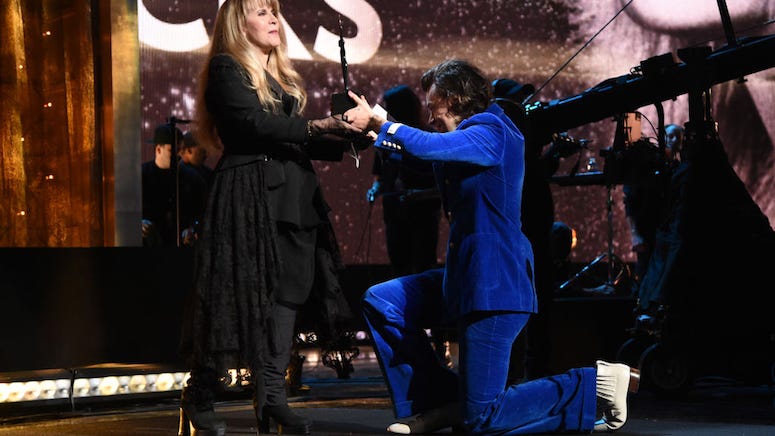 Elsewhere in the discussion, Nicks dropped exciting news that she has penned a deal to produce a TV miniseries about the mythological Celtic figure Rhiannon, which is the basis of the band's 1973 hit with the same name.

The series will take on author Evangeline Walton’s Welsh myths that inspired the song, and will feature 10 songs already planned for the project. Nicks, who has become an avid fan of former One Direction member-turned-solo-star Harry Styles hopes the heartthrob will be a part the cast, telling the LA Times she's already convinced him. “I’m going, ‘Harry, you cannot age one day. You have to stay exactly as you are. I’ve already sold him on it.”

Adorably, when Nicks was asked if an older Styles could be her type, she said with a laugh, “that would be a good thing,” while admitting she was “very proud” of the way he engineered his exit from his boy band beginnings, “because he made a choice to be a rock ‘n’ roll star and not a pop star.”

Read the full interview and be on the look out for Stevie Nicks' new single “Show Them The Way,” available everywhere on Friday, October 9.