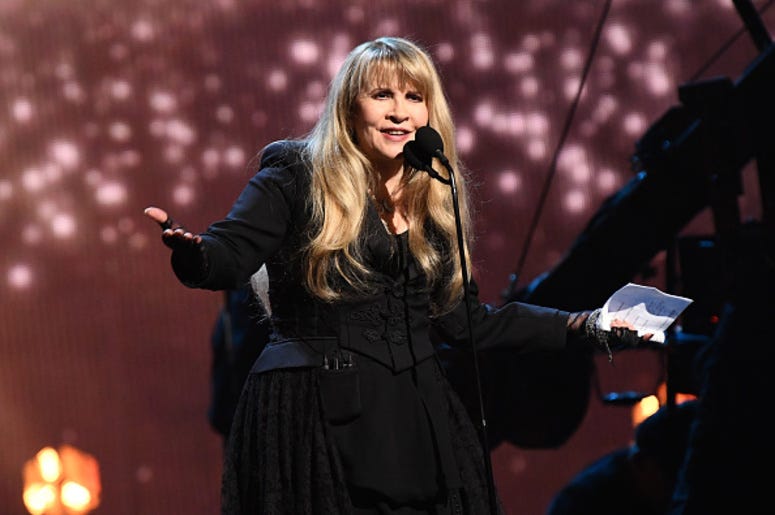 When Stevie Nicks became the first woman to be inducted into the Rock and Roll Hall of Fame twice in 2019, fans knew she would bring down the house at induction ceremony. Nicks did just that, but apparently was doing so while fighting off a serious illness. The Fleetwood Mac singer revealed this week that she ended up in the ICU after last year’s ceremony due to pneumonia.

Stevie Nicks revealed she wound up in an ICU after her induction into the Rock & Roll Hall of Fame in 2019, saying she knew “something was wrong” before her gala-night performance began: https://t.co/OiSlJ0E4oH

According to Nicks, she knew “something was wrong” before her performance began, but fought through while suffering the early symptoms of pneumonia. “The next day I got really sick, and I ended up going into the hospital in Philadelphia for a week in ICU with double pneumonia and human metapneumovirus and asthma,” said Nicks. The illness apparently has permanent effects on her health as well.

Regardless of the health scare that came after, nicks called the night of her second induction memorable. “I gave the longest speech probably ever given, and nobody threw anything at me or yelled at me," said Nicks. Even dealing with pneumonia, Nicks still was able to put on a show.