Originally released back in April. country singer Kane Brown’s fan-favorite “Cool Again” has been given a remix with St. Louis rapper Nelly, and now there’s an official video to go along with the high energy track.

The clip starts off with Brown waking up in a raft on what seems like a deserted island before making his way to a building stocked with everything he might need; furniture, a guitar, a radio, and of course, cold beverages. After receiving a package containing sunglasses (and a sweet logo placement by Zenni,) Nelly arrives on a jet-ski to save the day.

"Ayo Cool Again, I really wish that I was kickin’ back with you again. Somewhere up there, checkin out the view again," raps Nelly, perfectly incorporating the feelings Brown put forth in the original.

We never did see the pair leave the island, so let's just assume they're still riding out quarantine on the beach together as we speak.

Fans can also expect a video for Kane's latest single “Be Like That,” featuring Khalid and Swae Lee, in the next few weeks as filming has just wrapped up.

Brown, whose forthcoming EP is expected to drop on August 14, also gave fans a treat this week, releasing a new version of his hit "Homesick." It's the "Veteran's Version," on which he collaborated with retired military personnel with proceeds from streams going to support first responders, military members, and healthcare workers. 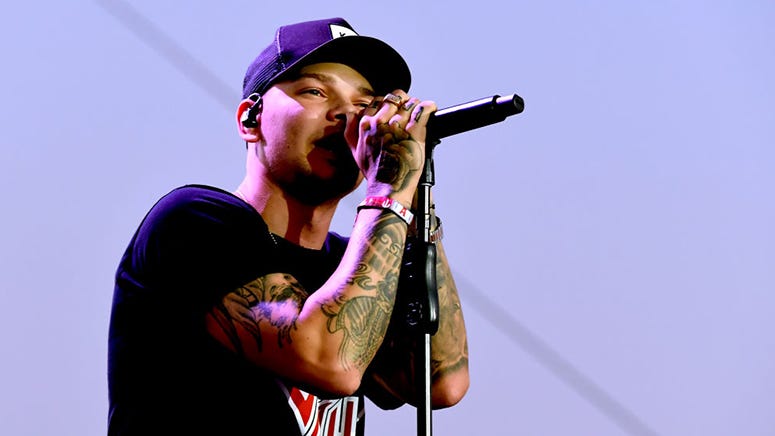 In other news, always keep a marker handy -- you never know when you'll run into Kane's smiling face, even if it is behind a mask. While Angie Graves was working her shift at a Subway on Interstate 81/64 in Virginia on Thursday morning, Kane just happened to pop into her store.

Imagine the shock our Subway employee, Angie Graves felt when KANE BROWN stopped in this Morning!! Brown is a...

“He was super-cool as he posed with Angie for a selfie!!” says a Facebook post from the travel center. Kane even autographed one of the sandwich wrappers for her.