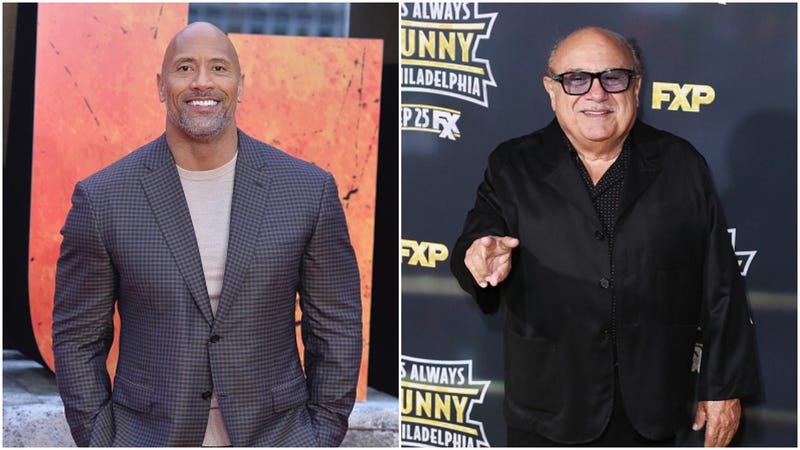 Dwayne ‘The Rock’ Johnson and Danny DeVito are the ultimate wedding crashers.

The “Jumanji: The Next Level” co-stars were enjoying an evening cocktail by a pool in Cabo San Lucas, Mexico when they heard the festivities of a nearby wedding reception.

“I’ve never crashed a wedding, but with Devito this was truly UNFORGETTABLE,” Johnson captioned a video detailing their plan to show up to the celebration announced.

The pair then managed to enter clandestinely through a backdoor to surprise the bride and groom and their guests while singing Nat King Cole’s 1951 hit “Unforgettable.”

Needless to say no one seemed to mind the uninvited performance as the impromptu duet was met with excitement and cheers.

Afterwards, Johnson congratulated the gracious newlyweds on their special day.

“It was actually quite beautiful and the love and mana in that room surrounding the wedding couple was so strong,” the 47-year-old wrote. “Congratulations to the lovey bride, Kristine and handsome groom, Will.”

Towards the end of the video, Johnson, who tied the knot with his longtime girlfriend Lauren Hashian in August, offered up words of advice to help the groom have a long happy marriage.

"Five words that Danny and I live by: 'Yes honey, you are right,'" he said jokingly.

“Jumanji: The Next Level” is the latest sequel in the Jumanji universe and sees Johnson, Kevin Hart, Nick Jonas, Jack Black and Karen Gillan reprising their roles from the 2017 blockbuster “Welcome to the Jungle.”

This is DeVito’s first outing in the fantasy adventure comedy franchise and joins fellow newcomers Danny Glover and Awkwafina.

“Jumanji: The Next Level” hits theaters on December 13th.