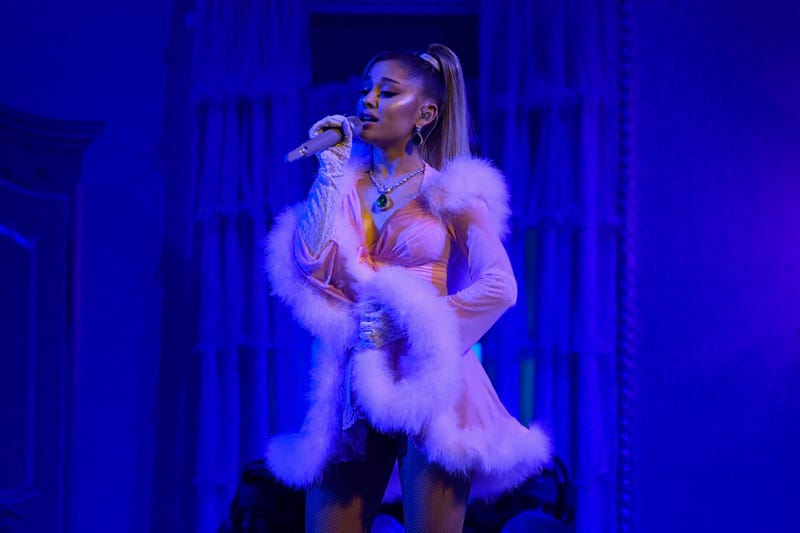 From the kitchen to the laboratory, Ariana Grande is cooking up something good and getting down to the bottom of things in her highly scientific new music video for “34+35”.

Ari took to social media this weekend to reveal a preview for her upcoming music video for her hottest track from Positions. As we see the superstar marching through a buzzing laboratory in a white lab coat and platformed boots to match, with a clipboard in hand, we can only imagine that Ari is on the right track with her hypothesis.

As we see her fellow lab assistants busy at work around her, Ariana slams a big red button on a piece of hi-tech machinery and the video quickly cuts to a title card that reads “Ariana Grande ‘34+35’,” in a cartoonish yet spooky font.

“34+35 is the second single from Positions, which recently topped the Billboard 200, giving AG a fifth No.1 album.

After seeing the teaser for “34+35” we were not given a date as to when the music video will drop, however based on what we witnessed from the “positions” music video, we do know that this next video from Ari, will be just as high-concept and stunning as the later.