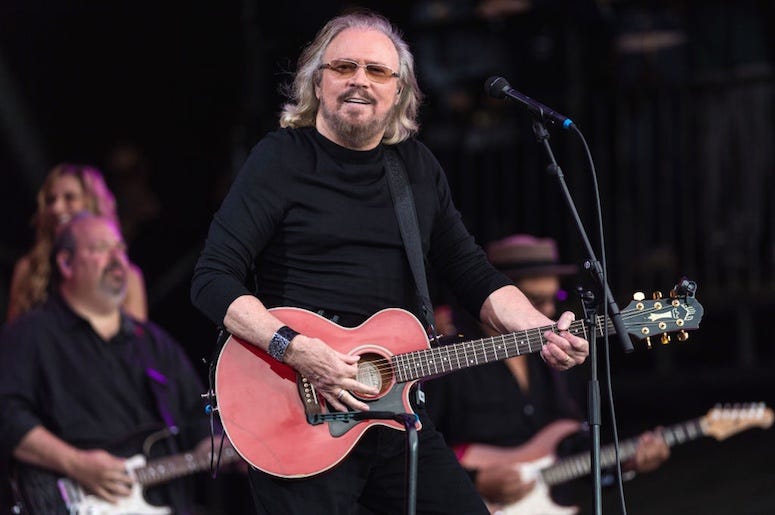 Ever thought you’d see the day when the Bee Gees went Country? Friends, that day has arrived.

Barry Gibb marked his foray into the world of Country with the release of his latest album Greenfields: The Gibb Brothers' Songbook Vol. 1.

The record is absolutely fascinating. For one, Gibb takes some of the Bee Gees best known hits and recreates them as Country songs. Secondly, he enlisted some of Country music’s biggest stars to help him out.

It’s a seriously impressive list of guests. Lambert joins in for “Jive Talkin’,” Crow on “How Can You Mend A Broken Heart,” and Parton on “Words.”

Gibb’s decision to write and record Country interpretations of his old songs was inspired by his son. "[Steven] played me a Chris Stapleton track, and it just destroyed me,” he told Entertainment Weekly.

“I thought, 'This is where I belong… This is a new era, and I'm no longer that other person. I can now follow what I love the most, which is real songs, country songs, bluegrass songs — I just love 'em. It's time to do what I love and not what everyone asks me to do.'"