One of Costco’s longtime departments is going away for good next month.

In a message posted to the company’s website, the bulk retailer confirmed the photo centers at all locations will permanently close February 14.

However, some of the department’s services will still be available on the company’s website, including prints and posters, stationery and photo books, among others.

You will no longer be able to get passport photos and ink refill through Costco. 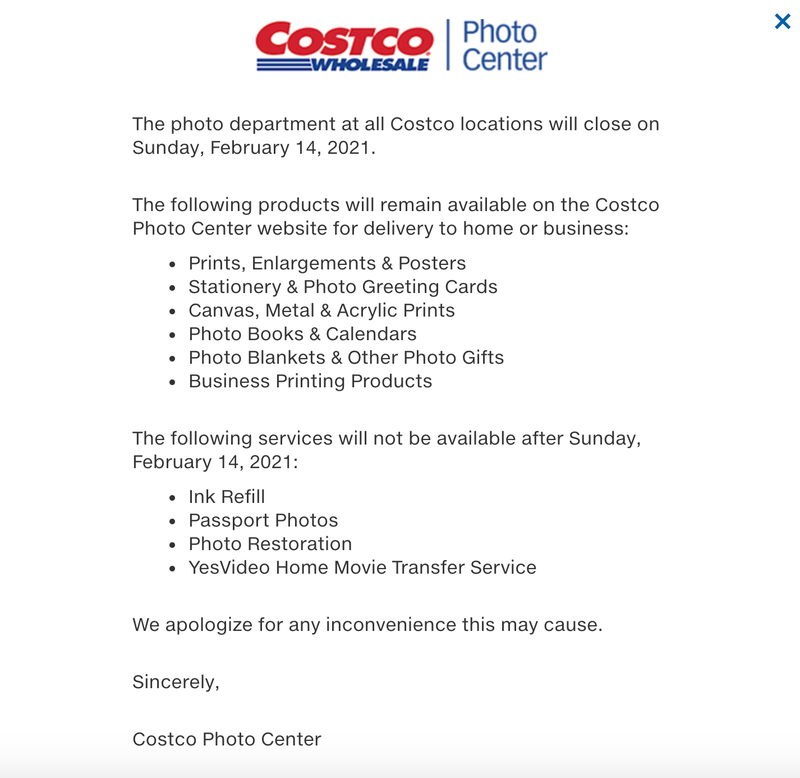 "Since the introduction of camera phones and social media, the need for printing photos has steeply declined, even though the number of pictures taken continues to grow," a email to Costco customers explained. "After careful consideration, we have determined the continued decline of prints no longer requires on-site photo printing." 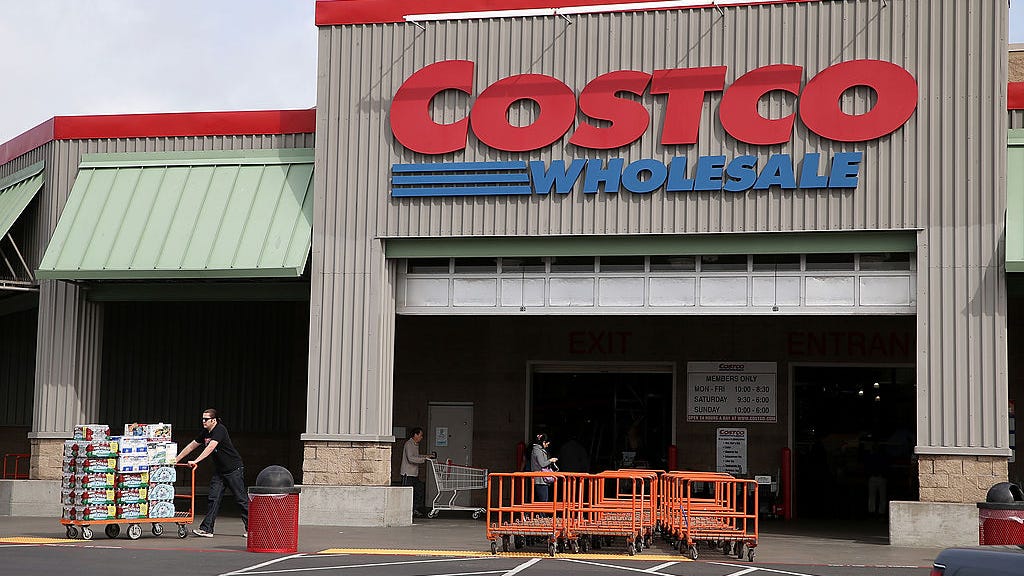