EAST BRUNSWICK, NJ (1010 WINS) – A frontline nurse and her fiancé who is in remission from Hodgkin’s lymphoma were married at a small ceremony in New Jersey on Sunday after months apart because of the coronavirus.

The two wed at a chuppah adorned with white flowers in a ceremony limited to immediate family and wedding parties because of concerns about the virus. 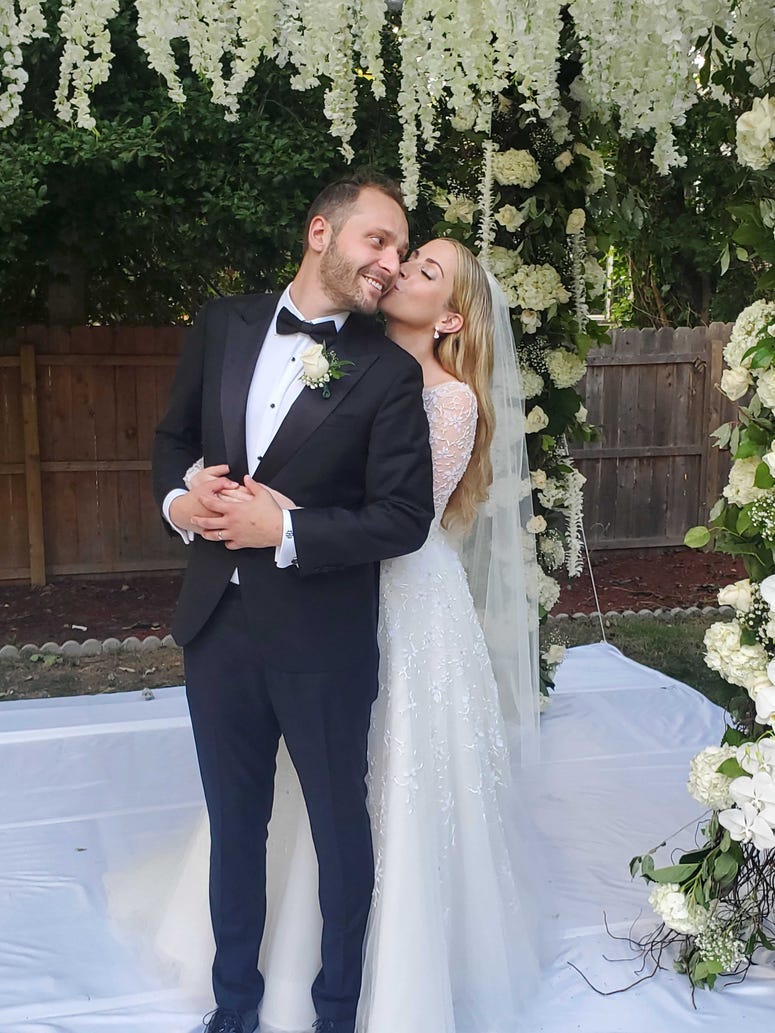 The two were married shortly after 6 p.m. with the breaking of the glass, a custom at Jewish weddings. 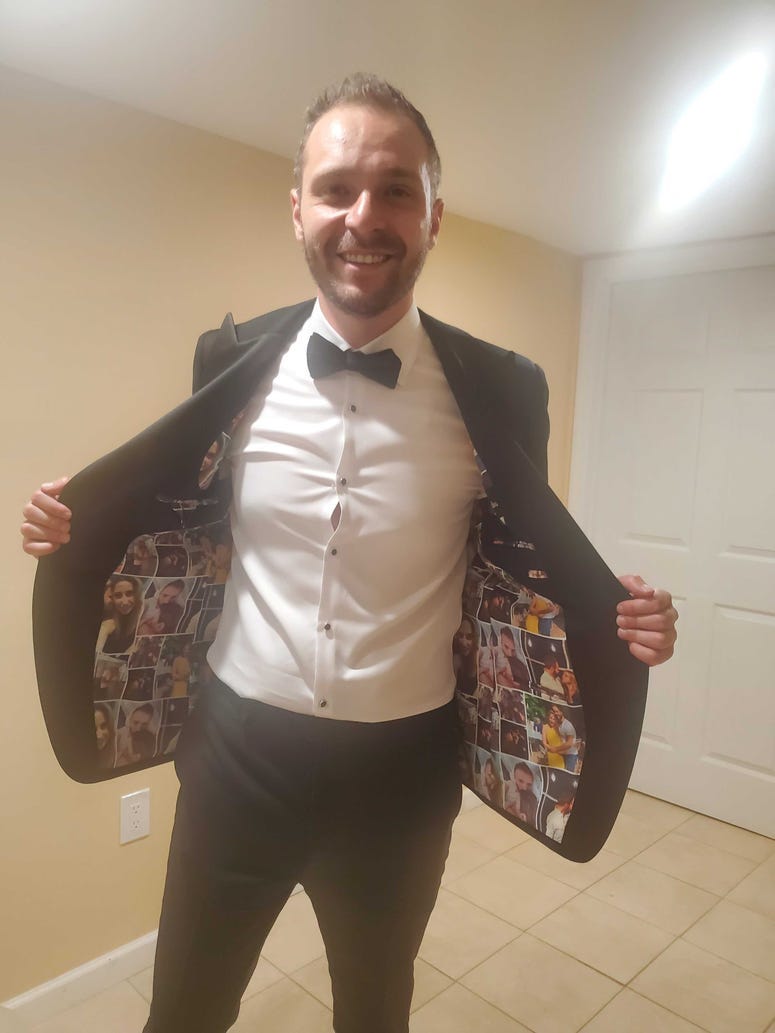 "I said that to her under the chuppah," Reches added. "I said, 'I feel like we should do this every day.'"

Gifts laid out for guests included black and white masks with the initials “A&I” on them, as well as hand sanitizer—a reminder of the outbreak that kept the bride and groom apart this year.

As Isaacs was working to save patients with COVID-19 this past spring, Reches was battling stage 4 Hodgkin’s lymphoma. The ceremony was a joyous reunion for the two, who had only seen each other twice since mid-March over concerns for Reches’ health. 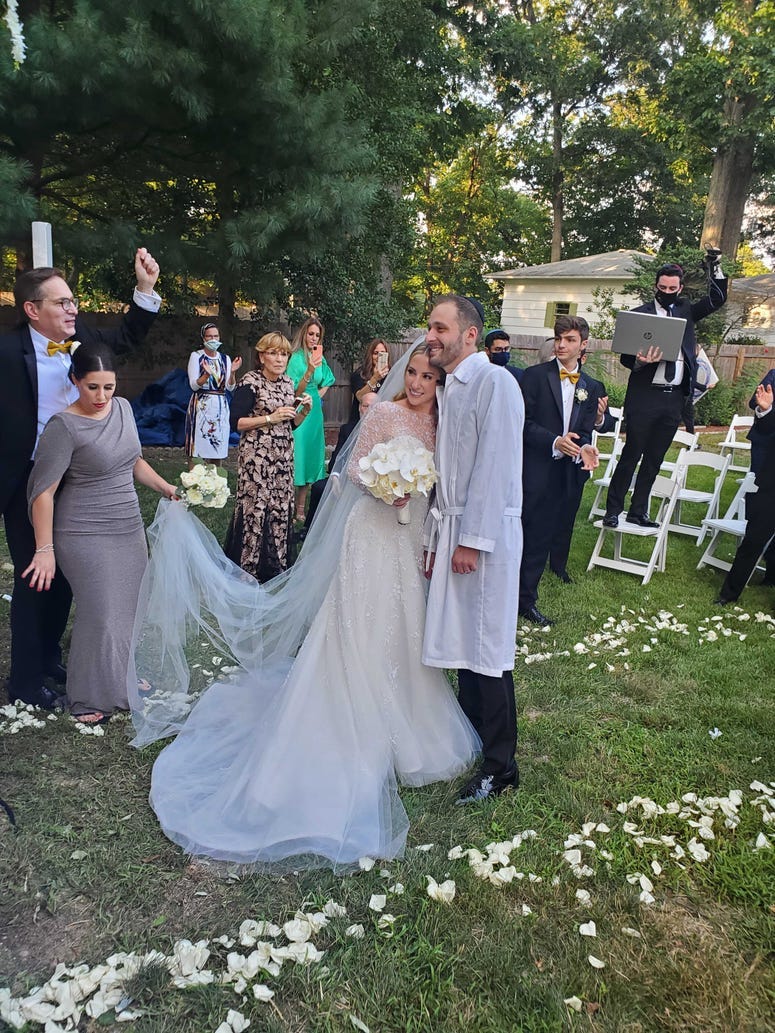 Before the ceremony, Reches showed off a custom tuxedo, the inset of which included a collage of photos of him and Isaacs over the years. Reches was wearing the special tux as the two of them shared their first dance.