To commemorate his lasting legacy, the series shared a touching tribute which highlighted some of Trebek’s most memorable moments through the years.

“Simply the best,” the show captioned the 90-second clip. “Thank you, Alex.”

Set to the Peter Allen/Dean Pitchford song “Once Before I Go,” the video included Trebek bantering with guests, joking around in his usual jovial demeanor and even dressed up as Gene Simmons from the rock group KISS.

The video winds down with a montage of Trebek saying “so long” throughout the years, as the iconic TV host begins to walk off stage waving his fist in the air.

The screen fades to black and a message appears: “Dedicated to Alex Trebek: Forever in our hearts, Always our inspiration.”

Trebek, who died on November 8 after battling pancreatic cancer at the age of 80, filmed his week of final episodes in October.

In an episode that aired Monday night, Trebek urged people to be generous amid the COVID-19 pandemic.

During the emotional moment, he told fans to “take a moment to give thanks” for their blessings. 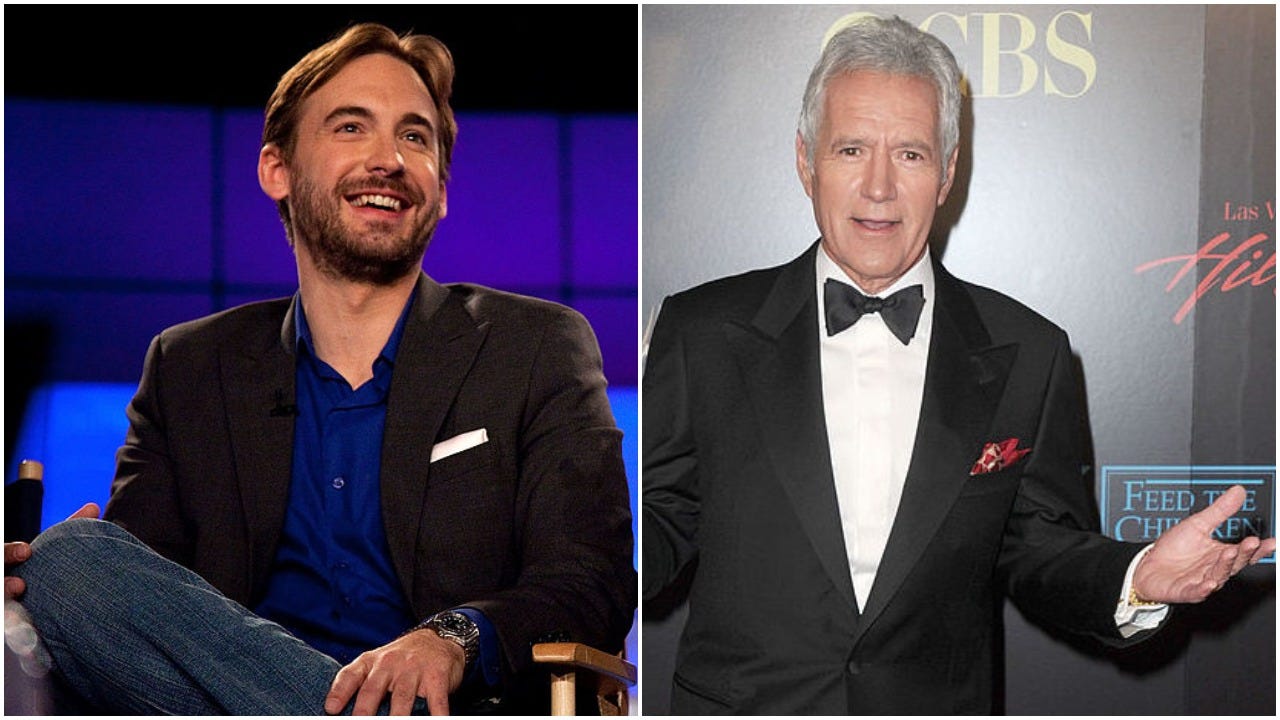 Trebek had hosted the long-running game show since its revival in 1984.

Starting on Monday, Ken Jennings, the "Greatest of All Time" winner, will be the first in a series of interim guest hosts.