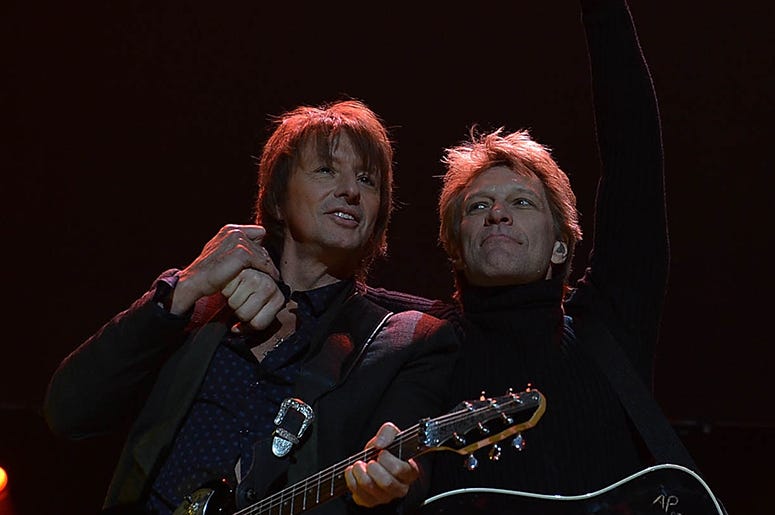 The departure of Richie Sambora from Bon Jovi in 2013 was a big shock to many of their fans, but the band has continued without him, most recently releasing the critically-acclaimed album Bon Jovi 2020 in October. But Jon Bon Jovi admits that he still wishes Richie was a part of the group.

Speaking to Zane Lowe for the latest episode of Apple Music Essentials, Jon says, "A day doesn't go by that I don't wish that the band were intact, but people make decisions and it's O.K., because being in a rock band is not a life sentence."

"I don't know that I would have written such a prolific record as 2020 if we were just going on and on and on just doing what it is that we did," Jon explains.

He adds, "In a weird way, any time you hit adversity, that is the destination.  That's what you were supposed to do. You were supposed to get hit in the face so that you come out with something better and you turn into someone else."

"So on his journey, I'm happy for him, I wish him well," Jon adds of Richie.  However, he didn't answer Lowe's question about whether he thinks he and Sambora might share a stage at some time in the future. 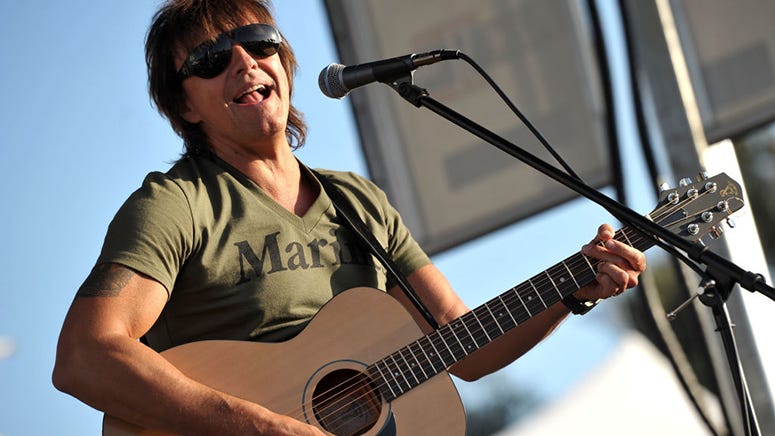 Richie Sambora blasts back at Jon Bon Jovi: 'Are you kidding me?'

In October, speaking about his departure from the band, Richie told the British paper The Daily Mail, "I was in a dire situation with my family and I had to make a tough decision and I did and I'm sure people weren't happy about it.”

In the interview with Lowe, Jon also discusses the stories behind the band's biggest hits, from "Livin' on a Prayer" to "Always" to "It's My Life."