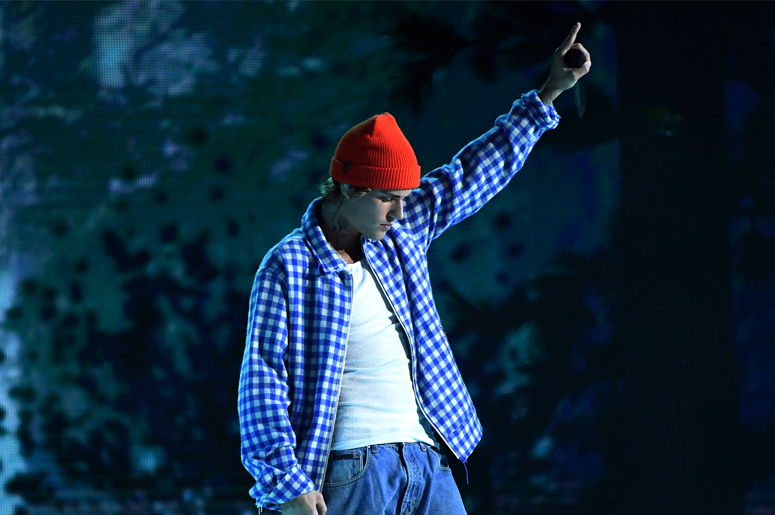 Over the weekend, Justin Bieber took some time to reflect on just how far he’s come since his arrest in 2014.

It’s been seven years since Bieber was arrested in Miami for drag racing and a DUI. Only 19 years-old at the time, The Biebs got real with his fans on Instagram, about that time in his life. Alongside a photo of himself hunched over in handcuffs being led by police officers, Justin wrote;

“7 years ago today I was arrested, not my finest hour. Not proud of where I was at in my life. I was hurting, unhappy, confused, angry, mislead, misunderstood and angry at god,” he began his caption. Adding, “I also wore too much leather for someone in Miami,” to keep things light.

Justin continued, “All this to say God has brought me a long way. From then til now I do realize something.. God was as close to me then as he is right now. My encouragement to you is to let your past be a reminder of how far god has brought you. Don’t allow shame to ruin your ‘today’ let the forgiveness of Jesus take over and watch your life blossom into all that God has designed you to be." Justin concluded with a message to fans, writing, “LOVE YOU GUYS WITH MY WHOLE HEART.”

To avoid jail time after his arrest, Justin entered a plea deal and was ordered to complete 12 hours of anger management, pay court fees and make a $50,000 donation to charity. However, his troubles were far from over.

After taking a hiatus from the limelight, Justin began to turn his life around and since has been candid about his past struggles. In his YouTube documentary series, Justin Bieber: Seasons, released in 2020, he revealed that he started using marijuana at 12 or 13 years old. As he began struggling with anxiety, he tried to subside it by drinking lean, a combination of codeine cough syrup and soda, and doing Molly, mushrooms and “popping pills.” Ultimately stopping the use of  drugs completely, “because I was, like, dying.”

Often one to attribute his successes and triumphs to God, sharing inspirational messages on social media, Justin has completely pivoted his life for the better, which his fans are obviously more than happy about. Another added, “You have come so far and I’m so proud of you. The you in the past have made you who you are right now. I’m so happy for you and I love you and will always love you.”

Among his Beliebers, also showing their support were some of Justin’s famous friends shared. Tom Brady commented, “We live and learn,” while 2 Chainz posted a blue-heart emoji along with a flexing arm. JB’s manager, Scooter Braun, who’s been there for it all, added, “Proud of you,” and wifey Hailey Bieber kept things simple with a red heart emoji (we’re sure a more elaborate comment came in person.)