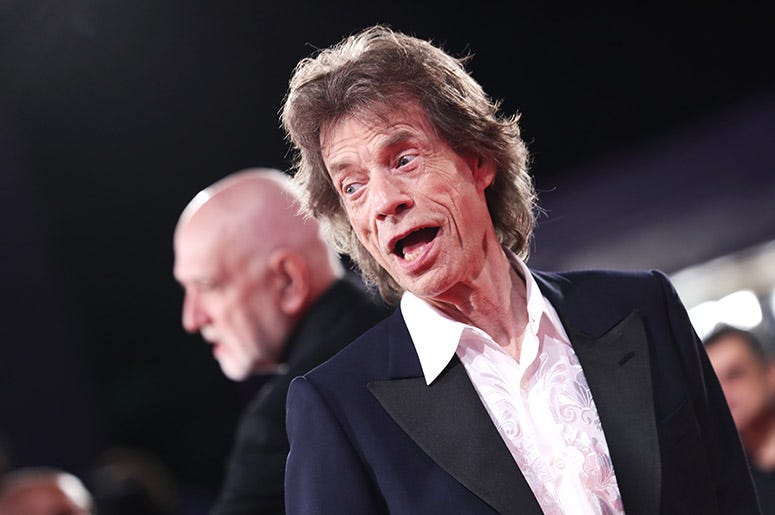 The Rolling Stones leadman tweeted his optimistic message Saturday as multiple news organizations claimed the Democratic challenger the next POTUS. “I’m so looking forward to coming back to an America free of harsh words and name calling and be amongst people who I know have common ground and harmony,” the legendary rocker wrote. “It’s a challenge but it can be done!”

I’m so looking forward to coming back to an America free of harsh words and name calling and be amongst people who I know have common ground and harmony. It’s a challenge but it can be done!

Jagger’s words reflect a harsh condemnation of President Trump’s time in the White House. The two parties have often been at odds concerning policy issues and copyright infringement. During an appearance at the Venice Film Festival last September, Mick criticized the Trump Administration’s response to the dangers of climate change.

“We are in a very difficult situation at the moment, especially in the U.S., where all the environmental controls that were put in place – that were just about adequate – have been rolled back by the current administration so much that they are being wiped out,” he said. “The U.S. should be the world leader in environmental control but now it has decided to go the other way.”

He continued admonishing the Commander in Chief’s job performance and suggested America’s level of civility has taken a hit. “In so many countries… particularly the U.S, it’s a bit of a sea change. It is not about manners,” he stated. “…where all this polarization and rudeness and lying [is going to lead us].”

WATCH MORE: Why NASA Named Rock After The Rolling Stones

Fast forward to June 20 when the Rolling Stones threatened to sue Trump after he used the band’s famous track “You Can’t Always Get What You Want,” at a rally in Tulsa, Oklahoma. In response, BMI directed a blunt legal threat towards the President. “If Donald Trump disregards the exclusion and persists, then he would face a lawsuit for breaking the embargo and playing music that has not been licensed.”