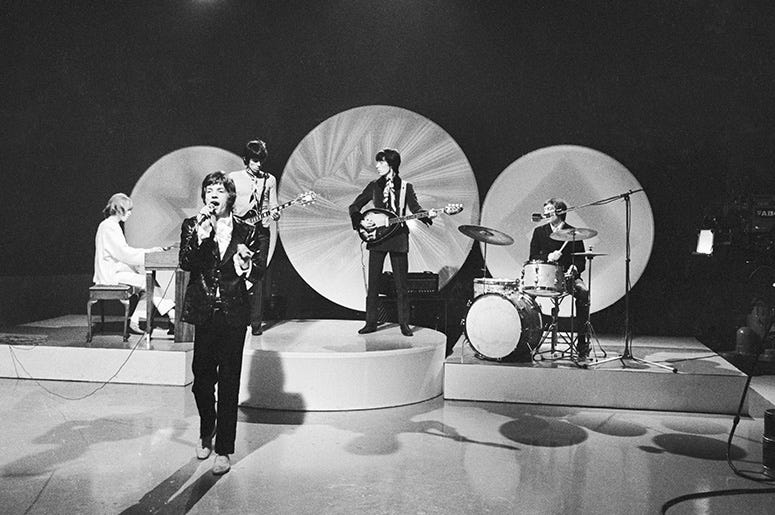 Rolling Stones fans are in for a real nostalgic treat, as archival footage of the group performing “Sympathy for the Devil” has been posted in all its washed out, technicolor glory.

Most Millennials and Gen-Z music fans know the Stones for their extraordinary longevity and aging stage presence, but this newly discovered video gives younger generations the chance to experience how this legendary group embodied free expression and a voracious sexual magnetism that defined 1960’s youth culture.

Let’s also recognize the historical relevance of the BBC broadcast. It was the lone performance by The Dirty Mac, a super group composed of John Lennon, Eric Clapton, Keith Richards and Mitch Mitchell. Scrub around the 4:54 mark and a flash of Lennon’s spastic dance moves are burned into rock n’ roll history. Other big name performers during the session included The Who, Jethro Tull, Taj Mahal, Marianne Faithfull and Yoko Ono.

It’s been more than 50 years since that performance and the guys are still touring strong (save for the coronavirus pandemic). During an interview with Rolling Stone Magazine in September, guitarist Keith Richards assumed the good times would just keep rolling. “You might call it a habit,” Richards said.

“I mean, that’s what we do. And also there’s that thing between us, like, ‘Who’s going to be the first one to get off the bus?’ You have to be kicked off or drop off, right? So it’s like that,” he told the publication. “I really can’t imagine doing anything else.”

WATCH MORE: What Is The Rolling Stones Legacy?

The Stones also released an expanded version of the classic 1973 album, Goats Head Soup. It includes a collaboration with The Killers on a re-imagined version of “Scarlet.”