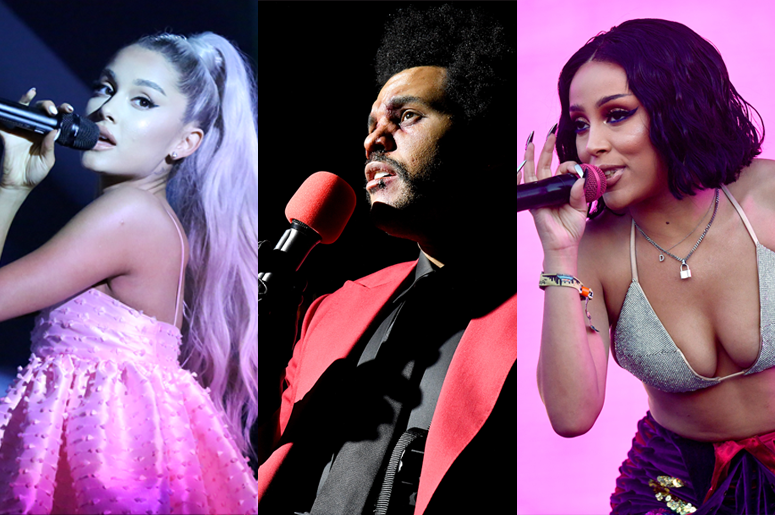 We heard some rumors about Ariana Grande's highly anticipated sixth album, and while we’re not sure if they're true, we’re gonna share them with you anyway.

Reportedly, according to an inside source, only three collaborations will be featured on Positions, and the artists in question include, Doja Cat, The Weeknd, who she previously collaborated with on “Love Me Harder” from her 2014 album My Everything and Ty Dolla $ign.

And here's some more tea, and it's piping hot. Supposedly the album which will include 14 tracks, “has a consistent and coherent theme about sex." OMG, we're sweating.

Besides putting work in the studio which we know to be #FACTS, Ari’s apparently also been busy filming music videos, which according to said insider, there are two already complete.

For now, it’s all speculation, but luckily we won’t have to wait much longer to confirm. As the one thing we surely don’t need to fact check, is that Positions will be dropping in less than 10 days, and on that day all of our questions and for that matter prayers will be answered.