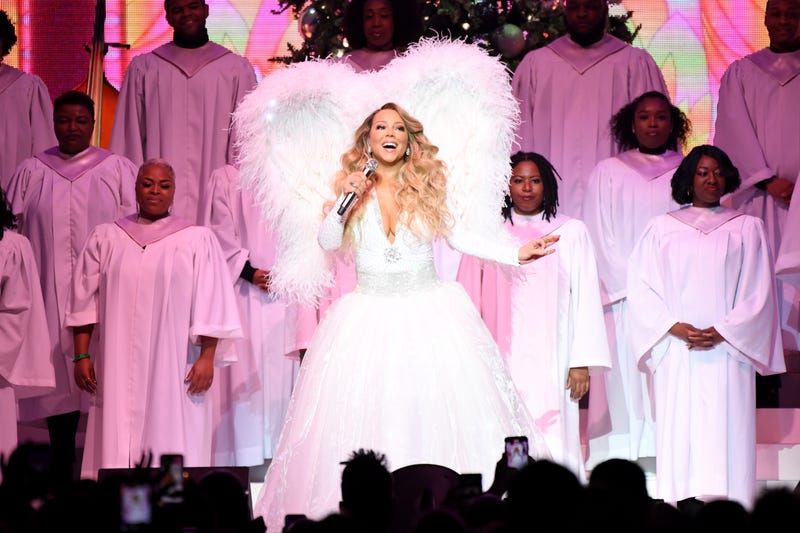 During the latest episode of GRAMMY Rewind, a YouTube series from the Recording Academy channel where viewers are treated to some of the most memorable moments from the GRAMMYs throughout the years, we witness a 20-year-old Mariah Carey win the award for “Best New Artist.”

The 1991 moment is not only a blast from the past but an interesting look back at where Mimi's success began to take flight. That year, during the 33rd GRAMMY Awards, Carey also snagged a GRAMMY for “Best Female Pop Vocal Performance” for her then-new single, “Vision of Love,” which came off of her debut self-titled album, Mariah Carey. At the 1991 award show, Mariah also made her debut performance on the GRAMMYs stage and sang “Vision of Love.”

Over the years Mariah has been nominated for 34 GRAMMYs and is a five-time winner.

Most recently Mariah has released her Rarities album, which gives fans a look and listen back at thirty years of some of Mimi’s most memorable moments, as well as never before seen moments.

Carey has been releasing gems of rare and unseen footage to coincide with the 30th anniversary of her debut album.

Additionally, Carey’s Christmas show Mariah’s Magical Christmas debuts this week, on Friday, December 4, on Apple TV. The Queen of Christmas is set to be joined by star-studded guests such as Ariana Grande, Snoop Dogg, and more.