(670 The Score) The White Sox and All-Star catcher Yasmani Grandal agreed to terms on a four-year, $73 million deal, the richest deal offered by the franchise.

“Yasmani ranks among the very elite catchers in Major League Baseball today, and we are extremely happy to add a durable and talented player of his caliber to our lineup,” White Sox general manager Rick Hahn said in a statement. “His selectivity at the plate is a real plus offensively, and as a switch hitter, his combination of power and on-base percentage stand out. Yasmani’s defensive abilities, pitch framing and other advanced catching metrics also separate him from others in the game.

“In addition to what he brings to the field, Yasmani is also a great benefit in the clubhouse. We foresee him playing an integral role on both the further development of our young pitchers and the continued improvement of our offense as we reach our championship goals."

Prior to the Grandal agreement, the richest contract the White Sox have paid was a six-year, $68-million contract to Jose Abreu. 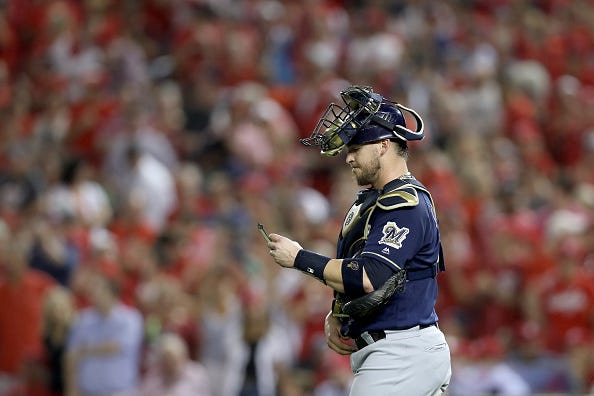 The switch-hitting catcher Grandal has played eight major-league seasons. He turned 31 on Nov. 8.

“My family and I are very excited and honored to be a part of the Chicago White Sox organization,” said Grandal in a statement. “I loved their professionalism, preparation and vision towards the future. I want to thank them for allowing me to be a part of this process moving forward.”