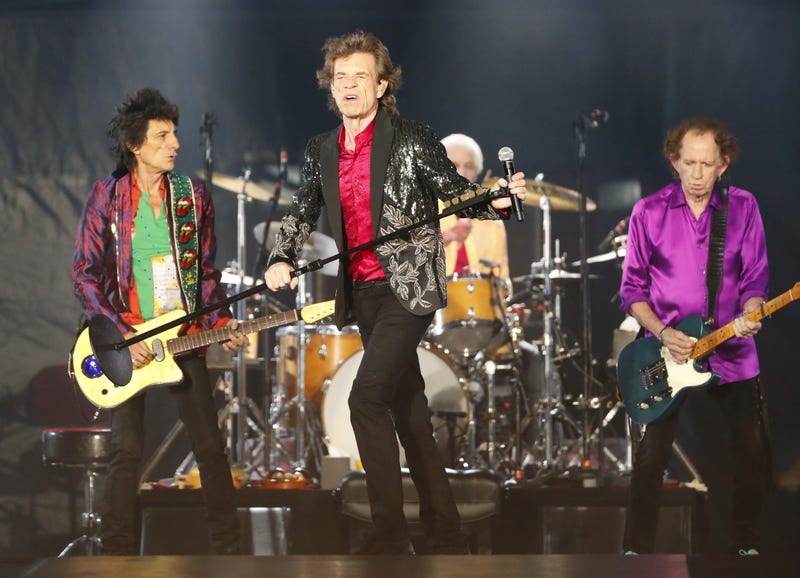 Despite the ongoing pandemic -- work on the Rolling Stones' first original album in 15 years continues. While promoting the band's expanded Goats Head Soup collection due out on September 4th, Mick Jagger and Keith Richards spoke to Uncut and shed light on the process.

Jagger, who was in Tuscany, Italy explained, "A couple of days ago, I was working on this ballad. The reading of it is quite difficult to do. It's not technically difficult, but it's not an easy song to interpret. I'm very aware I've got to get over it in the right way. It's got to come out like you mean it."

Keith Richards, who's been hunkering down at home in rural Connecticut, said that with the success of the Stones' recent single, "Living In A Ghost Town," issuing the new album in a piecemeal fashion might work best: "I'm talking to (producer) Don (Was) and Mick and trying to figure it out. If this thing goes on much longer we might trey to put out another track. Work differently, instead of making an 'album' album. . .  just release tracks. After all. . . 'Ghost Town' worked."

Looking back to the Stones legendary run of albums between 1968 and 1973, Richards said, "Those albums were a burst of energy done under fire. Yeah, the Stones were on the run, but I also thought we were out in front."

Jagger looked back with a more critical eye at the fragile state of the Stones in the early-1970's: "We had enormous problems by the time we made Goats Head Soup, extraneous problems in all kinds of directions. Tours -- were they going to go or were they not? Would we get a visa to go to the U.S., or not? We couldn't get visas at that point because of all the drug busts. . . We were broke and we owed loads of money to the Inland Revenue."