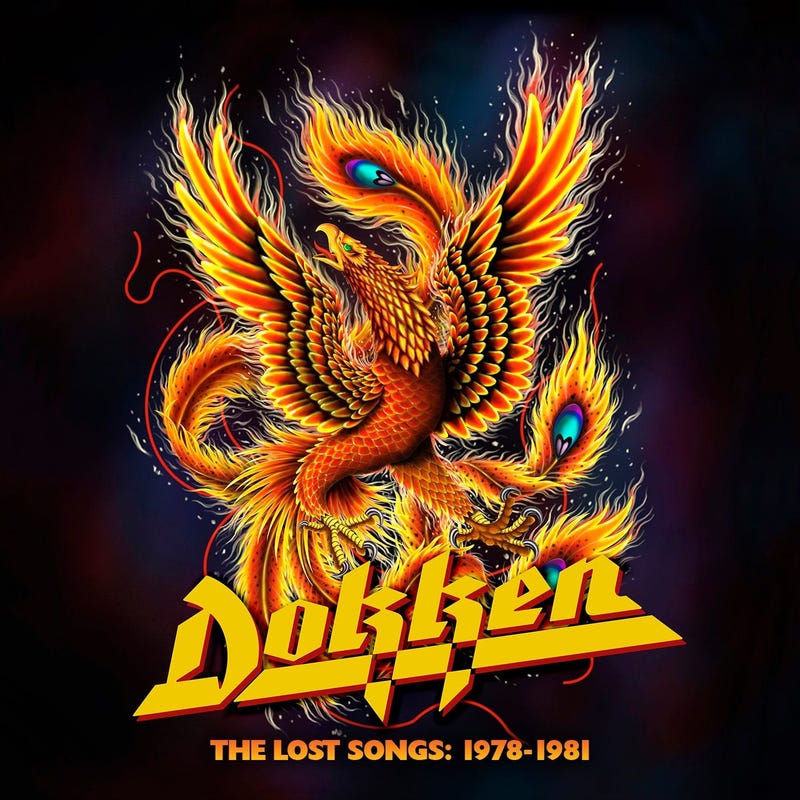 By The Stoneman Classic Rock 101.1

It wasn’t always multi-platinum sales and stadium gigs for Dokken.  There was a first-phase and there were early days, and it is those bold first steps to stardom which are celebrated comprehensively on Dokken’s The Lost Songs: 1978-1981 album, out on August 28th 2020 through Silver Lining Music.

Featuring spectacular sleeve art by renowned US artist Tokyo Hiro (Motörhead, Motley Crüe), The Lost Songs: 1978-1981 show the crackle and craft of a hungry young Don Dokken as he embarked upon a journey which started in Southern California and Northern Germany. It is a trek which is testimony to the sheer endeavour and perseverance Don Dokken showed in those few years between 1978 and 1981, starting from when he spent time at a guitar store called Drake’s Music, owned by Drake Levin in Manhattan Beach, California.

A fair selection of the treasure on The Lost Songs: 1978-1981 are from these early European days. “Felony” carries a thuggish fuzz-coated riff -think early Van Halen in really greasy embroidered denims- while “Day After Day” showed that Don could pen a radio-slaying ballad.

The writing and creation of The Lost Songs: 1978-1981 are further tribute to enduring early days of struggle in both Germany and LA, Don would return to LA for a spell after those brief European gigs, and he worked with Croucier on material, including perhaps the truest view of Dokken’s then-future “Hit And Run”, which incredibly did not end up on the eventual Breaking The Chains release.  From the sunbaked SoCal hook of “Step Into The Light” to the furious, fledgling, late-Sunset Strip sound of “Back In The Streets,” The Lost Songs: 1978-1981 shows Don in his unfettered early days of balls-out attitude, qualities doubtless forged in the sheer nature of the adventures undertaken in writing, recording and deciding Europe was the place to keep cutting his teeth.

The Lost Songs: 1978-1981 not only shares that magic with the fans, it gives them the final, vital and undeniably missing (until now) early album in the Dokken collection.

Step Into The Light

Back In The Streets

The Lost Songs: 1978-1981 is available to pre-order at this location on CD, Vinyl, digital formats and special D2C bundles