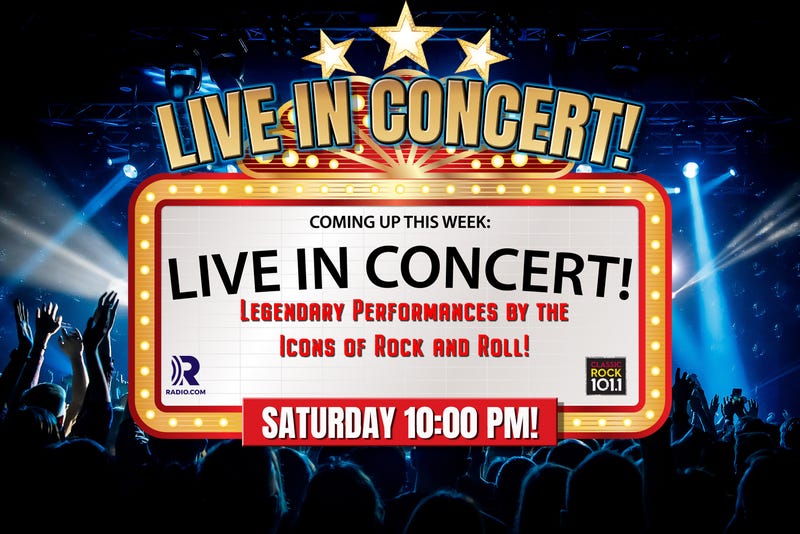 In June of 2001, just a few months after being inducted into the Rock and Roll Hall of Fame, Aerosmith launched their “Just Push Play” tour. The band was really riding a wave of energy, and sounding great. On the next Live in Concert, we’ll listen to a legendary performance from that tour. It was captured live on January 11th, 2002, at The Joint, at the old Hard Rock Hotel Casino in Las Vegas. At the time, The Joint held only 2,000 people! The intimate setting brought the fans up close and personal, and made for an incredible experience.

Don’t miss Aerosmith- they’re headlining the next Live in Concert!