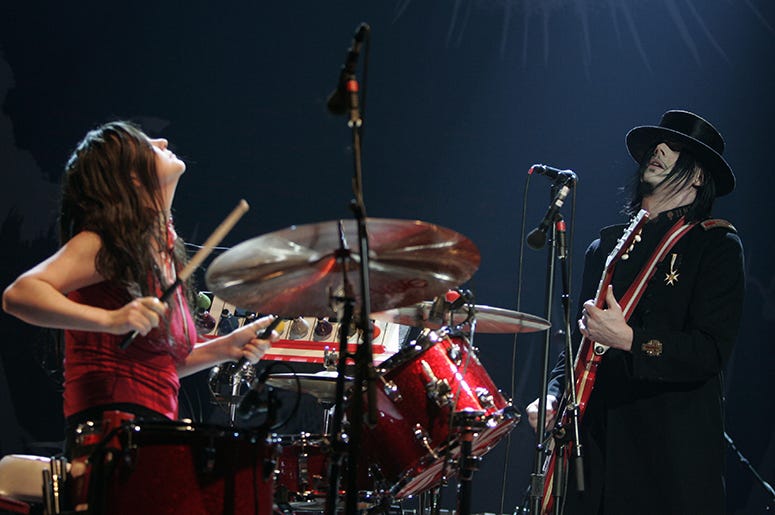 The White Stripes have released full video of the duo's 2005 performance on the web series From the Basement.

The 20-minute clip, which includes renditions of songs from the Stripes' 2005 album Get Behind Me Satan, has never before been available in full, and features previously unseen B-roll from the recording session. You can watch it now on YouTube.

From the Basement was created by frequent Radiohead producer Nigel Godrich. It also included performances by Queens of the Stone Age, Beck, The Shins, and Thom Yorke during its brief two-season run.