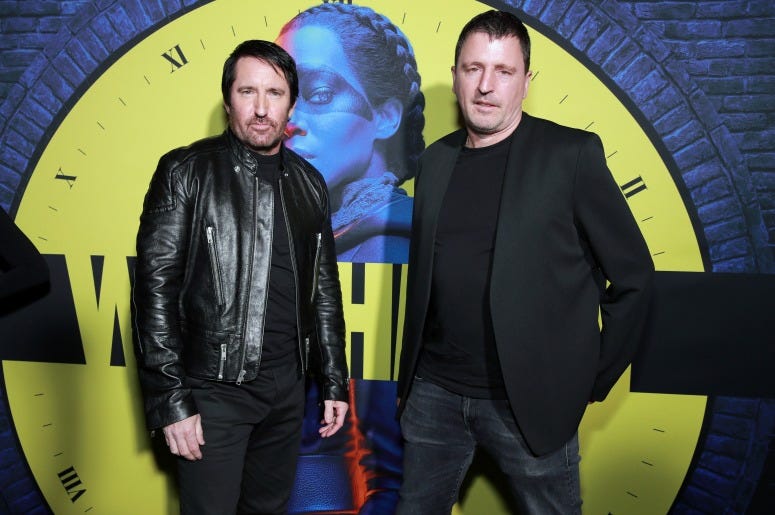 Trent Reznor and Atticus Ross have been keeping pretty busy. At the end of last year, they worked on the score for Netflix's hit movie, Bird Box, and they've announced yet another movie project, working with Pixar to score next year's Soul.

In the meantime, though, their latest scoring project is here - and it's extensive.

The duo will be releasing three LPs containing their scores for HBO's Watchmen, the series adaption of the graphic novel that debuted this weekend. The score will be released in "three unique volumes" and the only physical copies will be pressed on 180G vinyl. The release was created in collaboration with the show's writers, and will feature the score, as well as exclusive artwork and packaging that explores "the culture of Watchmen America and provides revealing insights into the saga's mythology and mysteries."

The scores will be released over the next several weeks, with Volume 1 out November 4, Volume 2 out November 25, and Volume 3 out December 16. If you don't want to try and remember all of those dates though, you can pre-order the vinyls now. Digital and in-store vinyl release for each volume will be available shortly after the initial release dates.

The news of these exclusive releases comes on the heels of Nine Inch Nails being nominated for the Rock & Roll Hall of Fame again. Fan voting as already begun and Nine Inch Nails is a strong contender.

Nine Inch Nails has been nominated for @rockhall’s 2020 class. Fan voting is officially open. You know what to do! Link in bio.