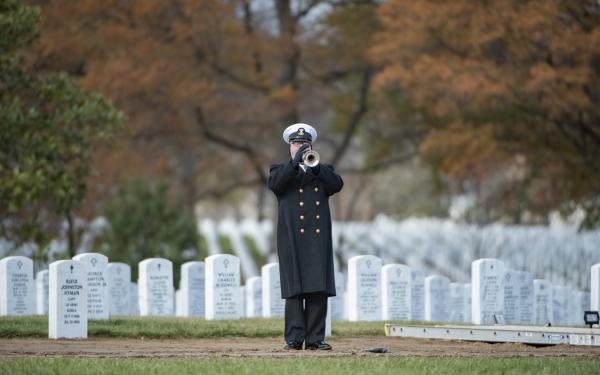 No matter their rank, Medal of Honor recipients and prisoners of war are now eligible to be buried with full honors at Arlington National Cemetery.

The 2020 NDAA  mandates that service secretaries provide full-honor military burials to enlisted service members who have received either the Medal of Honor or prisoner of war medal who were “not entitled to full military honors by the grade of that veteran” in the past.

Full military honor funerals at Arlington include a horse-drawn caisson, a band and marching component.

Kanda Fletcher was among those who pushed for the change. Her father, Army Pfc. Robert Fletcher was buried at Arlington with a casket team, firing party, a bugler who played “Taps” and a chaplain.

"I could only move forward and try to ensure that this didn't happen to too many other people,” she told Stars and Stripes.

Rep. Jimmy Panetta, D-California, son of former Defense Secretary and CIA Director Leon Panetta, sponsored a bill for full military honors funerals at Arlington for POWs and MoH recipients in February. The measure was included as an amendment to the NDAA that Trump signed.