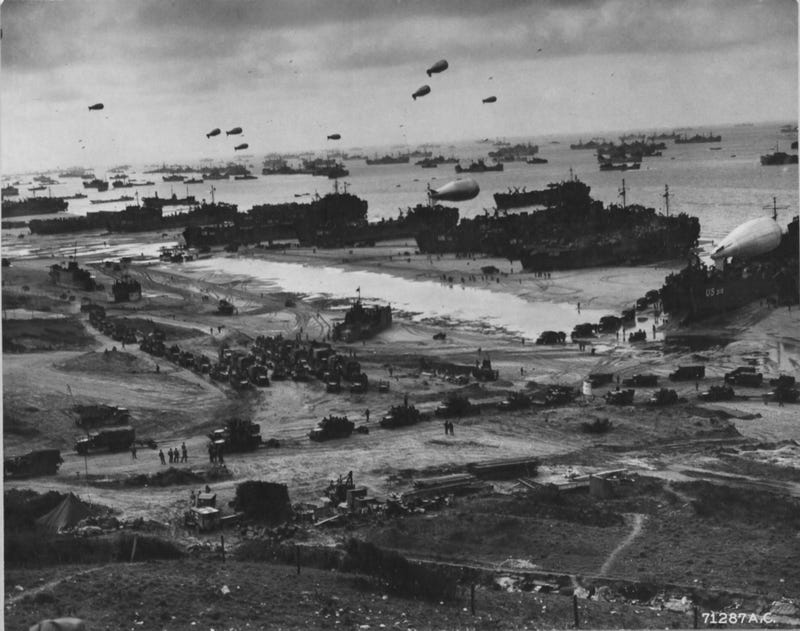 Around 150,000 troops landed on the beaches of Normandy on the morning of June 6, 1944, but there was only one all-African American amphibious assault unit who participated in the events of D-Day.

The 320th Anti-Aircraft Barrage Battalion was a unit made of black soldiers who were assigned to other landing craft to protect the units. Through balloon technology, the men of the 320th protected troops and ships near the beaches from enemy aircraft.

Black soldiers trained at Camp Tyson, Tennessee where they learned to operate what was known to them as Very Low Altitude (VLA) balloons. Men of the 320th were taught to fill them with inflammable gas and attach small explosive charges to the cables, which anchored the balloons to the ground.

Should enemy aircraft come into contact with the cable, it would snag on the wing and bring it towards the explosive balloon, causing the aircraft to explode.

According to the Smithsonian Museum of Air and Space, the 320th was utilized not just on Normandy but also on the beaches of Omaha and Utah.

The 320th Barrage Balloon Battalion continued to serve in France after the initial invasion.