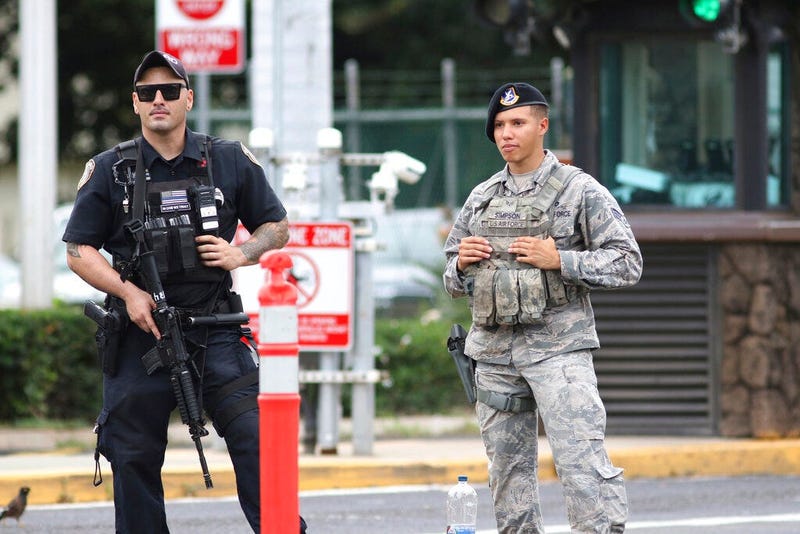 An active duty sailor killed two civilian Department of Defense employees and wounded another before killing himself, Wednesday, according to the Associated Press.

The incident occured near Dry Dock 2 at the Pearl Harbor Naval Shipyard in Pearl Harbor, Hawaii at 2:30 pm, local time (7:30 pm EST). Joint Base Harbor-Hickman was briefly locked down shortly after reports of the active shooter.

JBPHH security forces have responded to a reported shooting at the Pearl Harbor Naval Shipyard. The incident occurred at approximately 2:30 p.m. Due to the ongoing security incident, access/gates to #JBPHH are closed. We will update when we have further information. pic.twitter.com/6uZulGOUTx

Commander of Navy Region Hawaii Rear Adm. Robert Chadwick told the Associated Press that, at this time, no motive for the shooting was known and no relationship between the shooter and the victims had been discovered.

“We have no indication yet whether they were targeted or if it was a random shooting,” Chadwick said. 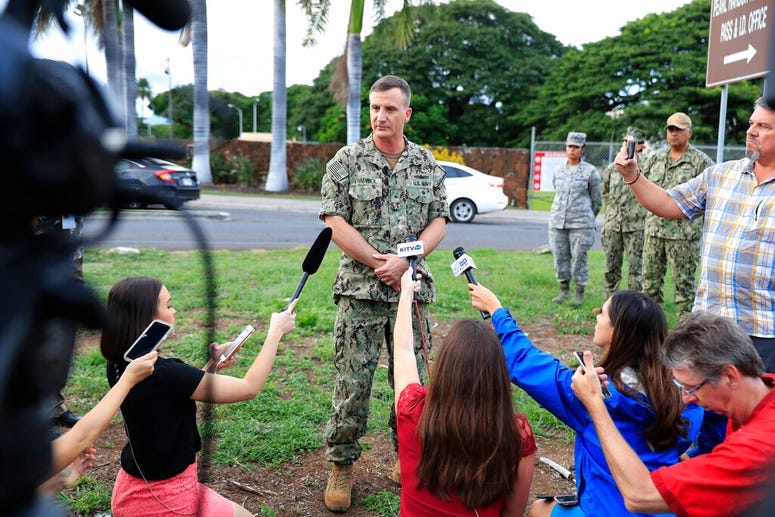 Neither the sailor nor the victims have been identified. However, the sailor was assigned to the fast attack submarine USS Columbia which is currently docked at Joint Base Pearl Harbor-Hickam for maintenance. The weapon used has not been identified, but personal weapons are not allowed on base.

“Our thoughts are with the families of the victims and everyone involved. I can say that we are mobilizing support services for naval shipyard personnel as well as everyone else who may be affected by this tragic event,” Chadwick said.

According to a medical center spokesperson, the wounded individual is a 36-year-old male and was transferred to The Queens Medical Center in Honolulu, Hawaii last night following the shooting. He is currently listed in stable condition.

The Naval Shipyard is located across the harbor from the Pearl Harbor National Memorial. Pearl Harbor is also home to the U.S. Pacific Fleet headquarters which includes 10 destroyers and 15 submarines.

"I join in solidarity with the people of Hawai'i as we express our heartbreak over this tragedy and concern for those affected by the shooting," Hawaii Governor David Ige said in a tweet. "The White House has reached out to offer assistance from federal agencies, and the state is standing by to assist where necessary."

This coming Saturday, December 7, marks the 78th anniversary of the attack on Pearl Harbor by Japanese forces, marking the United States' entrance into World Word II. More than 2,300 Americans died in the attack in 1941.

Per DoD policy, the names of the victims will not be released until the next of kin have been identified.