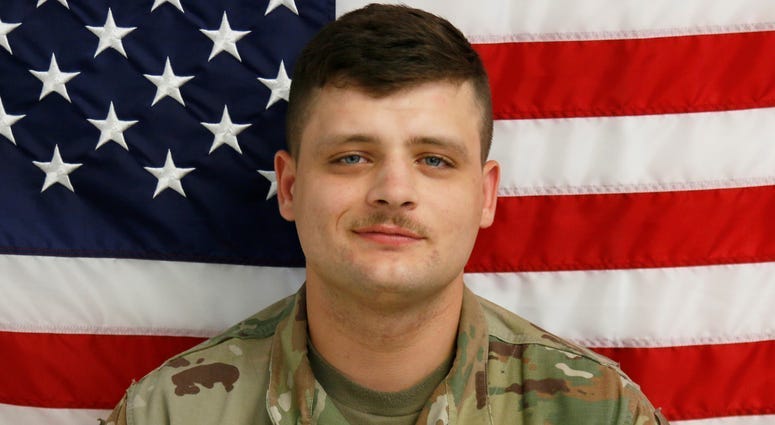 Rosecrans was found dead from a gunshot wound to the head in May. Brandon Michael Olivares, 28, was charged with shooting Rosencrans at the beginning of August. The two were known to have been traveling in Rosecrans's vehicle together the day he was shot, but no additional details were available until now.

According to a recently released affidavit first reported by the Austin American-Statesman, Rosecrans was likely shot multiple times while he slept in the passenger seat of his vehicle. The motive behind the murder is suspected to be a dispute over the sale price of a gun.

Another Killeen resident, Estrellita H. Falcon, 37, was charged with the unauthorized use of a vehicle and hindering the apprehension and prosecution of Rosecrans’ killer. Falcon is believed to have helped Olivares attempt to hide Rosecrans' murder. It was Falcon who revealed that Olivares wanted more for a gun than Rosecrans was willing to pay, allegedly leading to Rosecrans' murder. According to a third party whose testimony was included in the affidavit, Falcon called Olivares a "punk" when he expressed hesitation at the thought of shooting Rosecrans.

“Olivares was scared to shoot Rosecrans and Falcon had called Olivares a ‘punk’ for being scared. Falcon told (the third-party) that Olivares waited to shoot the man, Rosecrans, until he fell asleep," the affidavit reads.

Rosencrans was assigned to the 3rd Armored Brigade Combat Team, 1st Cavalry Division. After joining the Army in May of 2018, Rosecrans joined 3ABCT in November of 2018. His home of record is listed as Kimberling City, Missouri.

"Command Sgt. Maj.  Ryan McLane and I would like to express our deepest regrets to the family and loved ones of Pfc. Brandon Rosecrans," commander of 3ABCT Col. Kevin Capra said in a statement in May. "The thoughts and prayers of the Soldiers of 215th Brigade Support Battalion and the Greywolf Brigade are with them during this difficult time."

Fort Hood has one of the highest rates of murder, sexual assault and harassment in the Army, Secretary Ryan McCarthy said Thursday during a visit to the Texas base.

McCarthy visited the base weeks after he ordered an independent review of the command climate at Fort Hood following the slaying of Spc.Vanessa Guillen.