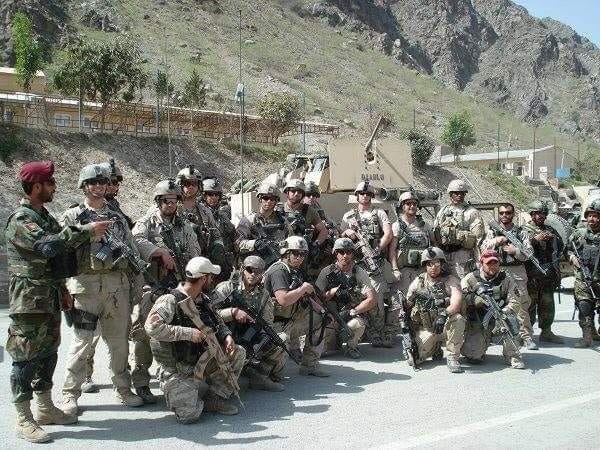 Afghan-born Zia Ghafoori spent 14 years fighting alongside U.S. Special Forces personnel as an interpreter — and six more years fighting for a visa to escape from the dangerous waters his U.S. service left him and his family in.

Ghafoori remembers when the Taliban regime took over.

"I was in third grade. And weird people started to show up in the town. They were beating ladies, men, kids — in the middle of the street," Ghafoori said. "I asked my teacher what was going on and she told me, 'They're the Taliban and they took over this country. We soon won't have a place to live.'"

"I saw more and more of it — the stuff they were doing around the country," Ghafoori said. "I told myself that if I grow up, I will fight against these people. I will not let them continue to do this...to destroy the world. I had so much pain in my heart. I didn't know the United States would show up one day but they did. And I went to work with them."

From 2001 to 2014, Ghafoori worked as an interpreter attached to U.S. Special Forces groups.

Lyft and No One Left Behind helps combat translators land jobs

"I have a lot of memories from the Army — good and bad. All of the good memories were from when we were all together as a family. We had a team picture altogether. We lost so many of our friends," Ghafoori said.

Eventually, however, Ghafoori would lose his U.S. Army family — and he would have to face a completely different fight in order to protect his real family.

Ghafoori first applied for a Special Immigrant Visa in 2008. His family was facing threats from the Taliban and other Afghans who didn't agree with his support for the U.S.

"When I was on missions, I was thinking about my kids and family. I was going on the frontline and fighting face-to-face with the enemy, but I didn't care about my life. I was thinking about my children. About my wife. That nobody could hurt them because of me. Because I am fighting against these people," Ghafoori said. "I would be fighting, in the middle of a fight, and suddenly I'd see my family in front of my eyes."

For six years, Ghafoori carried on his work with U.S. Special Forces while waiting for news regarding his family's visas. 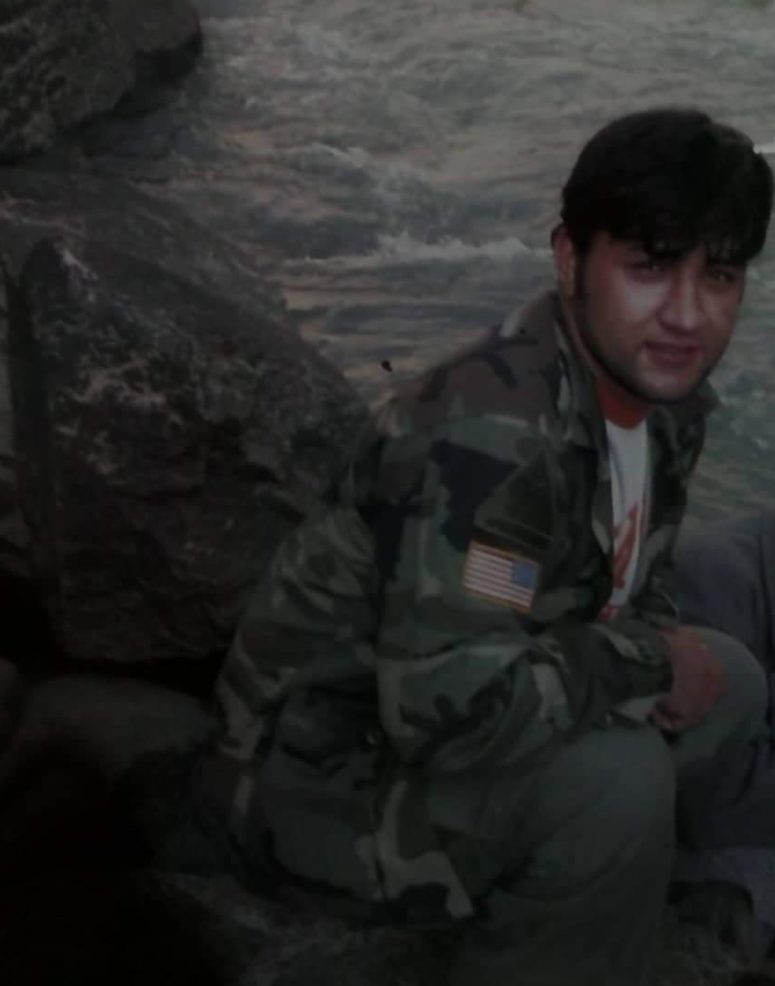 "I was lucky. I had teammates who helped me out. From all the different teams I used to work with — 7th Group, 19th Group, 10th Group, 20th Group, 3rd Group — everybody, every one of them sent emails to the embassy, to the staff processing visas. But they weren't even responsive to those guys."

"They took a bullet for both countries. And they're getting left in the middle of nowhere to die," Ghafoori said.

Ghafoori did eventually receive a Special Immigrant Visa and moved to the United States with his wife and three children in 2014. He became a citizen in January of this year. Last year, he started the Interpreting Freedom Foundation to help interpreters like himself obtain Special Immigrant Visas.

The non-profit provides a community of support to help interpreters and their families navigate the Special Immigrant Visa process and — if they are lucky enough to reach the United States — begin a new life stateside with financial donations and gifts. IFF also partners with veteran service organizations to provide some of the resources that interpreters do not have access to through traditional Veterans Affairs resources including mental health treatments for post-traumatic stress.

They helped US troops at war. Now he’s on a mission to save their lives.

"These guys have been fighting for decades. When they come over here there's no treatments for these guys like there are for American soldiers. And they were in the same firefight. We need to pay attention to that. Help these guys," Ghafoori said.

When it comes to navigating the Special Immigrant Visa process, there's only so much IFF can do.

Ghafoori explained that the State Department, the authority for issuing Special Immigrant Visas, often asks for multiple rounds of forms and paperwork from interpreters that do not even have access to reliable electricity. An email from the State Department could spend months waiting in an inbox that an interpreter has no access to. While Ghafoori's visa process took six years, other interpreters face far longer waits. And verification forms from employers are difficult to obtain when the companies that employ interpreters very frequently close.

"They need a letter from the human resources department of the company that hired the interpreter. But if that company was an Afghan company, it's probably closed. Then what?" Ghafoori explained.

A Department of State official confirmed that the SIV process has three distinct application phases — each with its own processing times.

"Our goal is to issue every SIV as quickly as possible while maintaining national security as our highest priority," the official said. "Depending on the facts of a case, we sometimes need additional time to thoroughly evaluate the applicants' eligibility for visa."

And, as Ghafoori explained, a letter from the human resources department of the hiring entity is often one of the criteria for determining eligibility.

"We ask for additional input from the applicant's supervisor and employer on the applicant's work duties so we can fully review each applicant's qualifying employment and give each application full consideration in reviewing qualifying employment and eligibility under the law," the State Department official said. "Failure to submit all required documents may lead to processing delays.  The Department uses all available resources to verify employment claims when a company/employer is no longer in operation."

"Everyone involved in this process, whether in Washington or at our embassies abroad, is fully aware of how much we owe our Afghan and Iraqi colleagues and the risks they face," the Department of State official said. "We have increased the resources dedicated to SIV processing and have undertaken steps to streamline the process at every application stage."

At the end of 2019, the 2020 National Defense Authorization Act passed with 4,000 additional Special Immigrant Visas (SIV) for Afghan interpreters. But as tensions between the United States and the Middle East continue to escalate since the Iranian missile strike on Jan. 8, the 20,000 interpreters awaiting visas find themselves in more and more danger.

"It's 20,000 people. 20,000 interpreters. But each of them has 3 or 4 kids," Ghafoori said. "You're going to leave those people to die? Because those Taliban are going to come and torture these guys."

To learn more about the Interpreting Freedom Foundation click here.