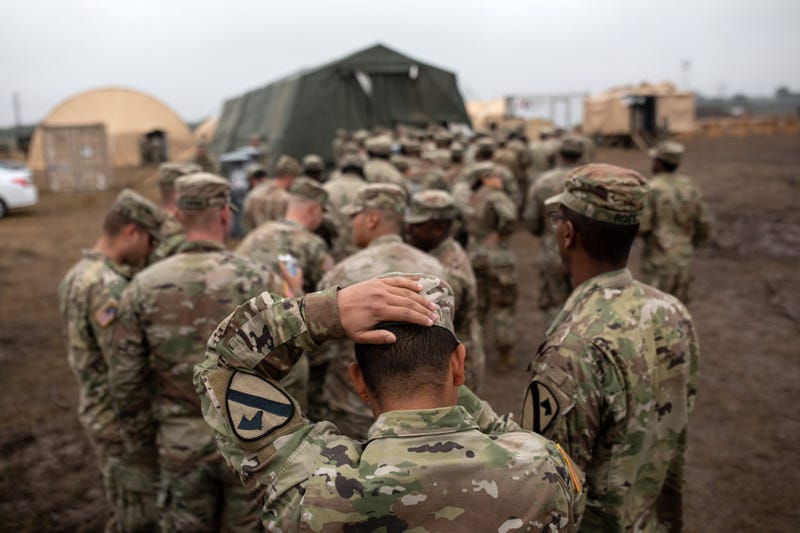 As Fort Hood continues to face scrutiny after the murder of Spc. Vanessa Guillen, the Army is assessing its system for reporting missing soldiers.

"This has been a topic of debate at the highest levels of the Army for the last several weeks -- our reporting policies associated with a soldier,” Secretary of the Army Ryan McCarthy said at a press briefing at Fort Hood last week. "Are they AWOL? Are they DUSTWUN? What are they and when do you make these determinations? I think we do need to take a very hard look at that."

McCarthy visited Fort Hood and spent two days meeting with soldiers at all levels of the chain of command to discuss issues at the installation which has one of the highest rates of murder, sexual assault and harassment in the Army. The visit and the review were spurred by the disappearance and eventual recovery of the remains of Guillen who was murdered by a fellow soldier -- but Guillen is far from the first soldier to go missing from Fort Hood.

Specifically, the Army declared Pvt. Gregory Wedel-Morales a deserter a month after he went missing from Fort Hood in Texas, despite his family's insistence that he would never have done so. Wedel-Morales’s disappearance went largely uninvestigated for nine months until Guillen went missing from the same installation.

“The military failed him by not looking,” his mother, Kimberly Wedel, told The Washington Post. “They just assumed the worst and let it go.”

The Army does not track deserters, Wedel said she was told. And as far as the Army was concerned, Wedel-Morales had deserted.

When Wedel-Morales's remains were found, the Army removed him from its list of deserters, which had prevented his family from burying him with military honors.

“While no words or gestures can make up for the loss of a family member, friend, or fellow Soldier like Gregory Morales, we hope that this news will comfort his family and the friends he served with in this time of terrible grief,” Maj. Gen. Jeffery Broadwater, commanding general of the 1st Cavalry Division, said in a statement when Wedel-Morales's name was removed from the list.

Army CID continues to investigate the circumstances of Wedel-Morales's disappearance in August 2019. The reward for information has been increased to $25,000. But the soldier's family believes its too late, and the Army wasted valuable time as Wedel-Morales's name sat on its list of deserters.

"Gen. (James) McConville, our chief of staff, and I have talked about this at length -- just how we do that, how we continue to look for our soldiers when they end up missing," McCarthy said Thursday.

The Army's assessment may lead to changes to the system "downstream," McCarthy said, hopefully preventing the disappearance of service members from going uninvestigated in the future.