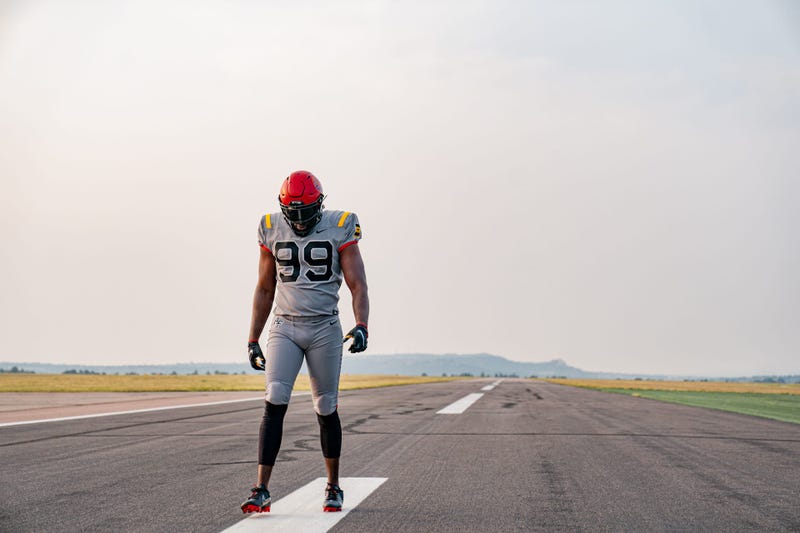 Is there anything more undefeatable than the Tuskegee Airmen?

"The privileges of being an American belong to those brave enough to fight for them." - Benjamin O. Davis Jr. pic.twitter.com/PX3WbyVNdL

Every detail accounted for to honor the extraordinary Tuskegee Airmen pic.twitter.com/uxstjFlidC

The Tuskegee Airmen were the first Black military aviators in the United States Armed Forces, going to battle during World War II on behalf of a nation that was rooted in Jim Crow laws and serving in a military that was segregated. Before 1940, Black Americans were prohibited from flying in the U.S. military but with war imminent, training was offered to Black troops to become as pilots at an airbase at Tuskegee, Alabama.

The Tuskegee Airmen went on to serve with the 99th Fighter Squadron and later with the 332nd Fighter Group in North Africa, Sicily and Italy during World War II.

The 332nd was credited with shooting down 12 German planes in two days in January 1944, flying more than 15,000 sorties and shooting down 112 enemy planes total. The unit earned 96 Distinguished Flying Crosses and three Distinguished Unit Citations. The success of the Tuskegee Airmen helped lay the groundwork for the civil rights movement and influenced President Harry Truman’s decision to desegregate the armed forces in 1948.

The Air Force Academy's game against the Naval Academy is one of just two games that will be played this season due to COVID-19. The other game will be against the Army on Nov. 7.