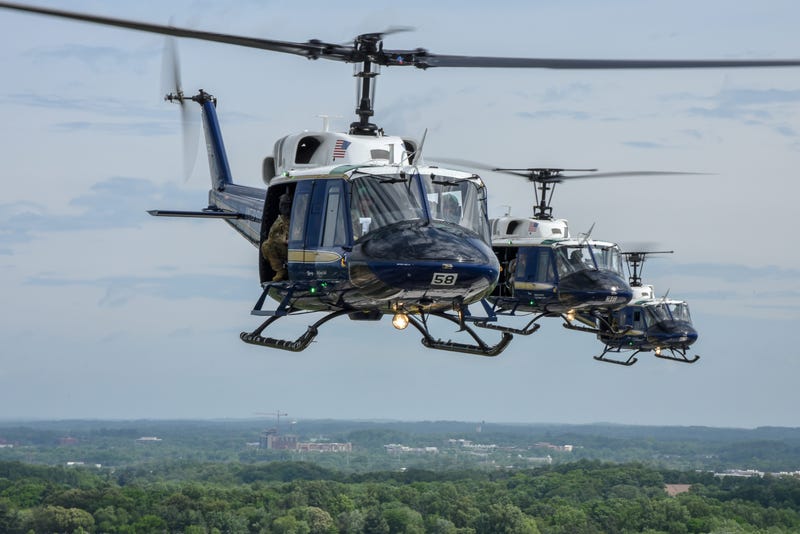 An Air Force helicopter flying near Washington, D.C. Wednesday sustained gunfire from the ground. The Air Force and the FBI are investigating.

The UH-1N Huey helicopter assigned to the 1st Helicopter Squadron out of Andrews Air Force Base in Maryland conducted an emergency landing in Manassas, Va. after it was struck by a bullet. One aircrew member sustained a minor injury, Joint Base Andrews said in a statement. The helicopter was conducting a routine training operation.

"The aircraft safely landed and the incident is currently under investigation," a Joint Base Andrews spokesman said.

The incident, first reported by Tara Copp of McClatchy, is being investigated by the Air Force Office of Special Investigations as well as the FBI Washington Field Office (WFO).

"The WFO dispatched Special Agents and its Evidence Response Team to the Manassas Airport after receiving reports that a helicopter was shot at from the ground nearby," a statement from the FBI reads. "WFO is working jointly with our law enforcement partners, including the Air Force Office of Special Investigations, to determine the circumstances surrounding the incident."

The one aircrew member injured in the incident has been treated and subsequently released from the hospital. The helicopter also sustained minor damage.

Joint Base Andrews is home to the Air Force helicopter and fighter squadrons as well as the presidential aircraft Air Force One.