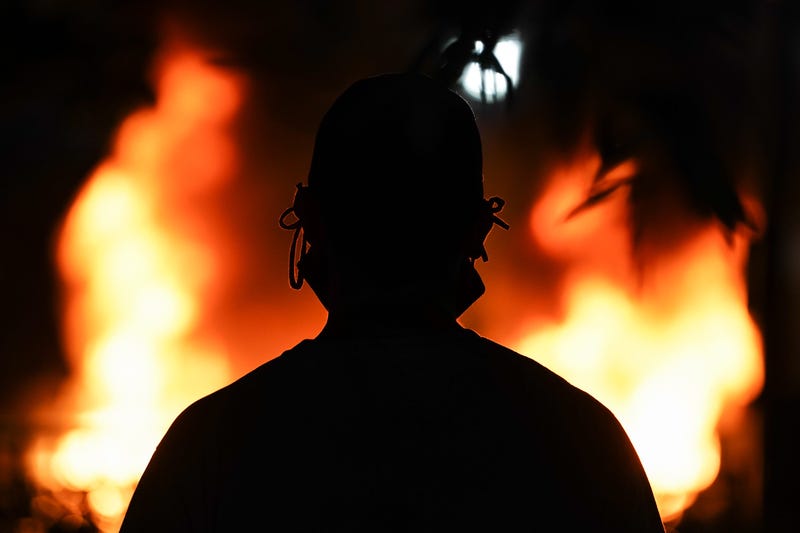 Airman 1st Class Larry Raynold Williams was arrested this week after police identified him as one of the rioters who allegedly torched an overturned police cruiser in Salt Lake City.

During an otherwise peaceful protest on May 30, a number of agitators began committing acts of violence and destruction, according to law enforcement. A police officer was forced to abandon her vehicle as rioters boxed her in. The police car was then overturned and set on fire.

Since that time, police investigators used photographs and video of the riot to try to determine the parties responsible. Upon review, footage showed a white male police subsequently identified as Christopher Isidro Rojas who used a cigarette lighter to ignite some white fabric which was being held by a Black male dressed in a "black Nike hoodie, black Nike sweatpants, black shoes and a black gas mask," according to a DOJ news release. The unidentified Black male then hurled the fabric into the police cruiser, setting it on fire.

Investigators identified the gas mask worn by the Black male as being an M50 joint service general protective mask, military issue. Video of the event also showed the lot number of the gas mask canister. The alleged arsonist was also seen without the gas mask on later in the riot.

The markings were determined to belong to a mask issued at Hill Air Force Base so the Air Force office of special investigations got involved. An inventory check was done and the Air Force discovered that the gas mask seen being worn in the Salt Lake City riot was issued to Larry Raynold Williams who was then, "arrested at his home Wednesday morning on the arson charge by the FBI and members of its Joint Terrorism Task Force," the news release states.