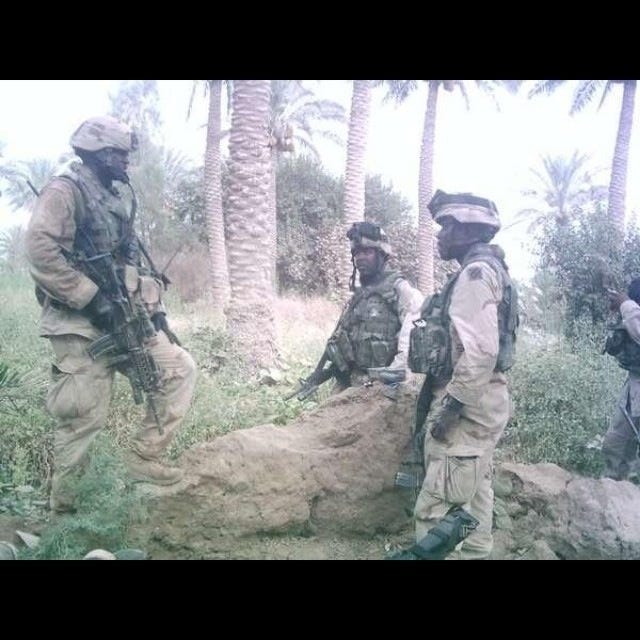 A bipartisan bill introduced this week would remove one of the last obstacles standing between Sgt. 1st Class Alwyn Cashe and the Medal of Honor.

Cashe, 35, who died in 2005 while rescuing fellow soldiers from a burning Bradley, was awarded the Silver Star for his actions. For more than a decade, his family has pushed for an upgrade to the Medal of Honor. If Cashe were awarded the military's highest honor, he would become the first Black service member to receive it for actions in Iraq or Afghanistan.

While Secretary of Defense Mark Esper has voiced support for the award, a policy requiring Medal of Honors to be awarded within five years of the actions in question is preventing the process from moving forward. Reps. Stephanie Murphy, D-Fla., Dan Crenshaw, R-Tex., and Michael Waltz, R-Fla., introduced legislation this week hoping to change that.

Congress regularly waives the five-year policy, a statement from the representatives reads. And Esper confirmed that the policy is the only thing standing between the nomination and President Donald Trump’s desk.

“After giving the nomination careful consideration, I agree that Sgt. 1st Class Cashe’s actions merit award of the Medal of Honor,” Esper wrote in response to a letter from the representatives in August. “Before we can take further action with this nomination, Congress must waive this time limit.”

“Once legislation is enacted authorizing the president of the United States to award, if he so chooses, the Medal of Honor to Sgt. 1st Class Cashe, I will provide my endorsement to the president,” Esper continued.

Cashe was on patrol in Diyala Province on Oct.17, 2005, when an improvised explosive device detonated under the Bradley he was in. Drenched in fuel, Cashe ran to and from the vehicle to pull the remaining six soldiers to safety -- even though he was on fire. He died from the burns at Brooks Army Medical Center in Texas on Nov. 8, 2005 -- three weeks after he rescued his comrades.

“Sgt. 1st Class Alwyn Cashe saved his men’s lives. He risked his own life as he pulled them out of a flaming Bradley Fighting Vehicle and went back -- again and again,” Crenshaw said. “He is deserving of the Medal of Honor, our nation’s highest military award for bravery on the battlefield."

In addition to the bill, Murphy, Crenshaw and Waltz are also working to include a waiver for Cashe in the 2021 National Defense Authorization Act.

“Sgt. Cashe, under extraordinary circumstances, sacrificed his life to save his fellow soldiers, true to the end to the soldier’s creed,” said Waltz. “Cashe’s actions are deserving of the Medal of Honor. He is the very definition of an American hero."