Could converted cargo trailers be the perfect temporary solution to ending veteran homelessness in Maine and ultimately across the nation?

A group of American Legion members and veterans in Boothbay, Maine think so.

The trailer is heated, has insulation, a microwave, refrigerator, bed, eating area and workspace.

Harmon came up with the idea after attending a statewide meeting on the problem of homeless veterans. Legion member John Hargraves also attended that meeting.

“At any time in Maine there are a least 10 homeless vets who have applied through agencies for assistance, but who don’t have a bed,” Hargraves said. 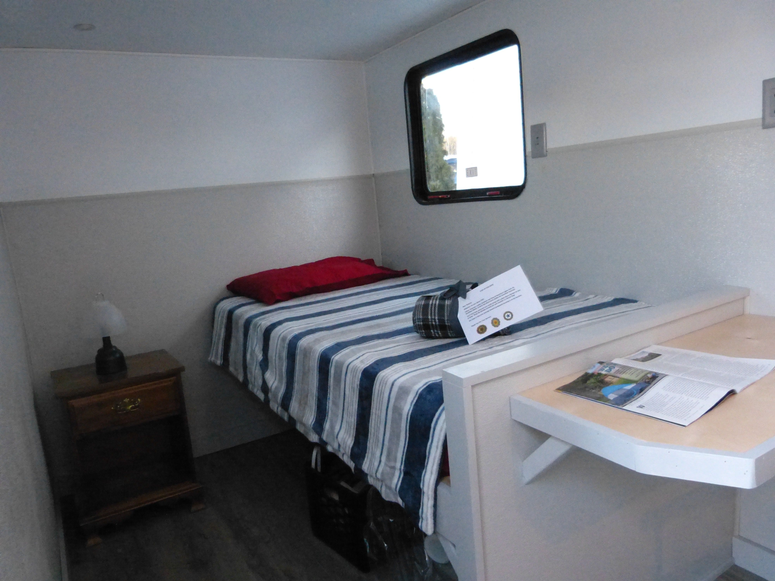 A little more than a month ago a homeless veteran in Brunswick Maine died while sleeping outside in a sleeping bag, said Post 36, Commander David Patch.

Harmon did much of the construction work on the trailer himself. He said the work cost around $8,400, including the trailer. He is hopeful that other groups will step up and provide funding so additional trailers can be built and sent to where they are needed.

“Somebody calls me at 2 am I will take it to them,” Harmon said of the trailer.

“It’s meant to get them out of a car and get them into a safe place and let the social workers and everyone who knows how to help out in that situation to get to work,” he said.

The group hopes the idea of converting trailers spreads across the country.