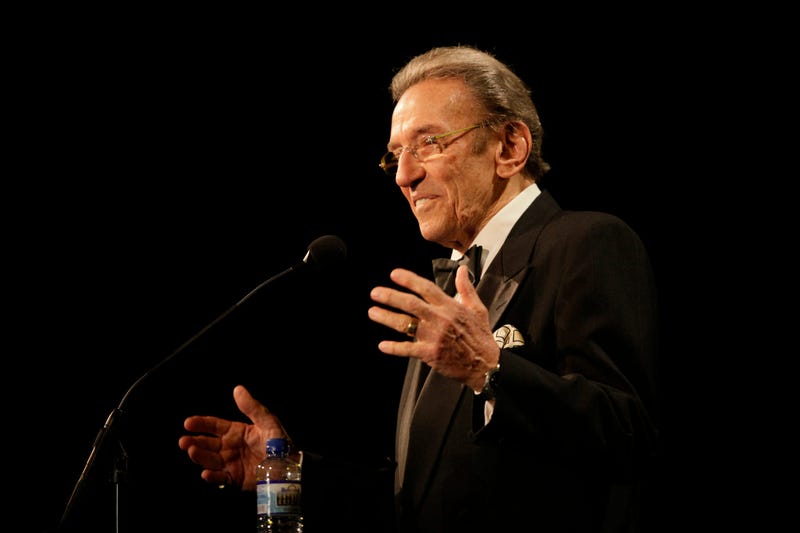 LOS ANGELES (AP) — Norm Crosby, the deadpan mangler of the English language who thrived in the 1960s, ’70s and ’80s as a television, nightclub and casino comedian, has died. He was 93.

Early in his career, Crosby had realized he needed a gimmick to differentiate himself from the burgeoning generation of comedians who were achieving fame on the many network TV variety shows.

“I was looking around for fresh ideas, and I kept hearing people misuse words,” he told an interviewer in 1989. “So I started to use it in my act.”

He called the famed baby doctor Benjamin Spock “Dr. Spook.” With straight-faced sincerity, he said people “should have an apathy for one another; they should have rappaport for each other.” Today’s kids, he said, “gotta cut that umbrella cord and split.”

Crosby's first steady work as a comic came at Blinstrub’s in his native Boston, which led to an engagement in the early 1960s at the prestigious Latin Quarter in New York.

In his widely read newspaper column, Walter Winchell gave the comedian a rave, and offers from Johnny Carson and other TV shows and club dates poured in. Crosby became a favorite at the major Las Vegas and Atlantic City casinos and played theaters, including many times at London’s Palladium, and concert halls. He also was a regular guest on Dean Martin’s celebrity roasts.

Starting in 1978, he starred in a syndicated TV show, “Norm Crosby’s Comedy Shop.” For many years he served as co-host with Jerry Lewis on the Labor Day weekend telethon for muscular dystrophy.

As a public performer, Crosby thrived despite having poor hearing. During World War II, he served aboard a Coast Guard submarine chaser, and concussion from the depth charges damaged his ears. He wore a hearing aid onstage.

“I was never shy about my hearing loss, probably because I got it from military service,” he explained in a 1993 interview. “I got thousands of letters from people who had said they would never get a hearing aid but had changed their minds after they saw me being open about it.”

Crosby was a longtime spokesman for the Better Hearing Institute and hosted an annual golf benefit for the cause. In 2009, he was among those honored by the Starkey Hearing Foundation, which raised funds to distribute hearing aids to children in need.

Norman Lawrence Crosby was born in Boston in 1927. “Like most comedians, I was the funny kid in the family and in the neighborhood,” he explained in 1993. “I was always told I should entertain.”

The war intervened, but after his discharge, he saw the practical value of a steady job over show business and enrolled at the Boston School of Art. He worked as a commercial artist and for a while ran a small advertising agency. But he still devoted evenings and weekends to honing his performing skills.

In October 2001, Crosby appeared at a Friars Club benefit honoring TV producer Aaron Spelling, who had been ailing with cancer. Instead of his usual word play, the comedian performed a parody of the Gettysburg address in which he praised Spelling.

Crosby married Joan Crane Foley in 1966. They had two children.