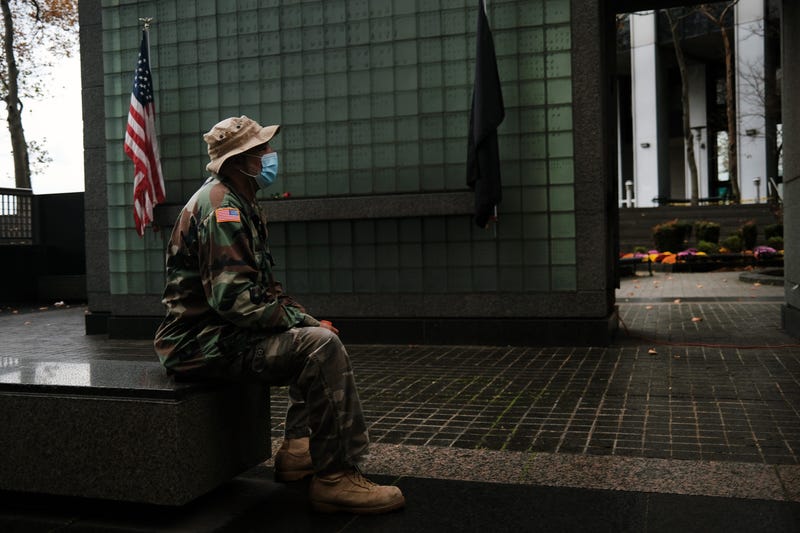 KALISPELL, Mont. (AP) — At a time reserved to honor those who have served our country in war or peace, Northwest Montana’s veterans find themselves facing uncertainty this Veterans Day as the COVID-19 pandemic continues to challenge the organizations that serve them.

From canceled meetings, events and get-togethers for the American Legion, VFW and others, to visitation restrictions at the Montana Veterans Home in Columbia Falls, the effects of COVID-19 are being felt by veterans organizations throughout Northwest Montana.

For American Legion Post 137 Commander Bob Lehman and his organization, the pandemic has already forced the cancellation of the group’s annual Fourth of July barbecue and has put January’s New Year’s kickoff luncheon on hold.

The group canceled its regular meetings from March until May and Lehman said there has been apprehension by members to attend get-togethers even with the Legion Hall in Kalispell reopened.

“I’m starting to see the post members get a little worn out. I can see stress as signs of how that is impacting people,” Lehman told the Daily Inter Lake. “As post commander, my primary mission is to watch out for the safety and health of our members and even with all of the recommended guidelines that we have been following, I still see people wondering if it is really, truly safe to be around other people.”

Lehman said the situation has been particularly tough as Veterans Day approaches, as his group has not received any invitations to visit local schools, something the American Legion members look forward to every year.

“We have always made it a point to be involved with Veterans Day ceremonies, so the situation this year is disappointing,” Lehman said. “We have to stay safe, though, and deal with the situation as best we can. We are still conducting missions and reaching out to veterans in need, just as our organization has since 1919. We are adapting.”

The VFW in Bigfork has also been feeling the strain of the pandemic, fighting to keep its doors open despite having to cancel many events, including bingo, trivia, and monthly pot-roast dinners. Many of the events have been brought back on a limited basis with monitored group sizes, but Manager Sheryl Farrar said the struggles continue.

“We always struggle, but we have been struggling more since COVID hit,” she said. “A lot of our members are older, so it has hit us hard. When people are scared, they just don’t go out. We are just hanging on as best we can.”

The situation is much the same with the Northwest Chapter of the Vietnam Veterans of America, which has seen its usual meeting attendance drop from an average of 45 to 65 to just 38 at last month’s meeting. As of Monday, seven members of the organization had become ill with COVID-19, with two deaths, according to Chapter President John Burgess.

“We have a lot of our members that have not only not come to a meeting since this started in March, they haven’t gone anywhere,” Burgess said. “The average age of our members is between 74 and 75 years old, so we are a particularly susceptible group.”

The organization has been forced to shut down all of its networking and fundraising events and meetings have been canceled until January at the earliest, but the group was able to make its annual trip to the Montana Veterans Home Monday to place American Flags in the cemetery and around the campus.

Montana Veterans Home Superintendent Joren Underdahl said the Columbia Falls facility also has been facing a number of unique challenges during the pandemic as visitation and recreational activities have been altered in an effort to keep the residents safe.

“I know this new normal has been very hard on everyone, but it has been especially tough here at the Veterans Home since we have always had the luxury of tremendous community support. We have always had so many visitors and volunteers in the facility in the past; it has been a big change for us,” Underdahl said. “Our recreation department here has really shifted gears and done the best they could with the situation and tried to maintain contact with friends and family outside of the facility.”

With the help of several iPads for Facetime and Zoom calls and a pair of portable Facebook Portal stations, the staff of the Veterans Home has been hard at work helping residents stay in touch with friends and family.

The facility has also turned one sliding glass door with speaker phones on each side into a contact-free visitation area.

While Underdahl said the virtual visits are a boost to the home’s residents, events such as the annual trip to the Columbia Falls High School Veterans Day ceremony and visits from groups and organizations have been sorely missed, as have the home’s more than 400 registered volunteers.

“We are doing the best we can, but nothing can replace having in-person contact,” Underdahl said. “Everyone prefers visits the way they used to be, but everyone seems to be adapting well. We have always had such great support, and still do, it has just had to be in different ways this year.”