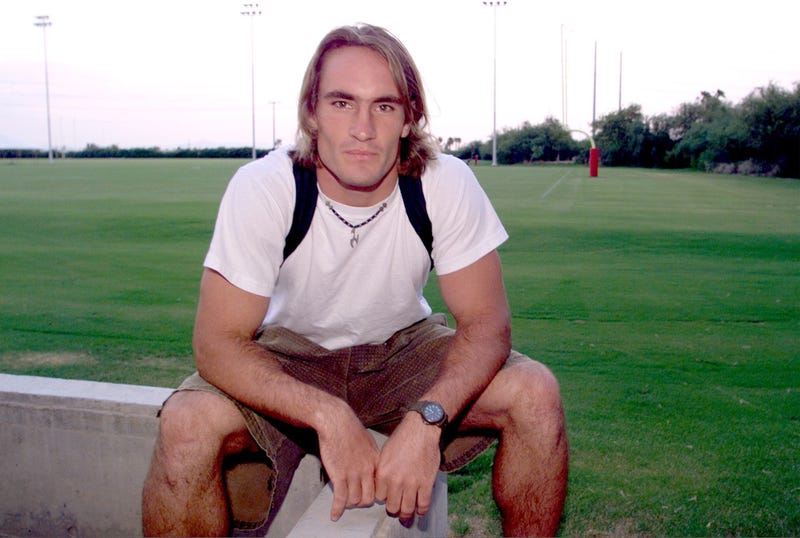 Applications to join the 2019 class of Tillman Military Scholars are open through February.

The scholarship, which recipients can use with their GI Bill benefits, will pay for tuition as well as textbooks and living expenses. Those accepted can expect an average of $10,000.

"Tillman Scholars are the next generation of leaders who will make an impact on our country and around the world,” Marie Tillman, his widow and Board Chair/Co-Founder of the Pat Tillman Foundation said in a statement.

“They continue Pat’s legacy of service, humble leadership, scholarship, and impact and we want to empower them to make their mark in their chosen field.”

#TillmanScholars carry on Pat's legacy of service, scholarship, leadership and impact. Here's what a few of them have to say about how his story inspires them. pic.twitter.com/wZyHhg3GPE

Anyone on active-duty, in the Reserves or National Guard, is eligible to apply, as are veterans, spouses and surviving spouses. Applicants either need to be attending or plan to enroll as a full-time student at a college in the United States.

Pat Tillman is famous for leaving an NFL career with the Arizona Cardinals to enlist in the U.S. Army following the attacks on 9/11. He was killed in Afghanistan in 2004 while serving with the 75th Ranger Regiment. His family and friends launched a scholarship in his name at Arizona State University.

The Pat Tillman Foundation was established in 2008, expanding scholarships to service members, veterans and their families nationwide.

The selection process is fiercely competitive with up 60 Scholars chosen annually. Applicants can expect to receive notification if they’ve been selected or not no later than May 2019.  The scholarships will be granted for the 2019-2020 academic year, and are eligible for renewal.

More than $16 million has been invested in academic support since 2004, with more than 580 Tillman Scholars at over 100 colleges and universities.

Click here to learn more about the Pat Tillman Foundation and their Military Scholars Program.