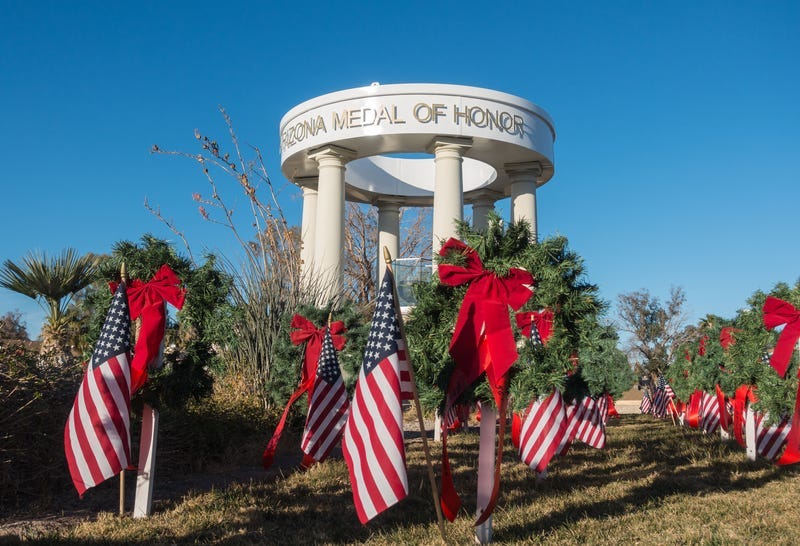 However, after a Senate panel voted last week to advance a bill to make Arizona veterans exempt from paying state income taxes on their pensions to a full Senate vote, some lawmakers began to push back on financial grounds.

Currently, the state offers a capped exemption, with veterans exempt from paying up to $3,500 in taxes. Senate Bill 1157, proposed by Sen. David Gowan (R), hopes to remove this cap.

While lower ranking enlisted personnel stand to make a few hundred in tax breaks — a few hundred that could make a significant financial difference — retired officers would earn far higher tax breaks on what can be as high as $40,000 pensions.

Multiple lawmakers argue removing the cap could become quite costly.

“I just do not feel particularly that someone who’s getting a $40,000-a-year pension needs this,” Sen. Lela Alston (D) said.

The bill's sponsor Sen. Gowan says that misses the point.

“We want them to come here and spend their dollars in this state to help our families, help our friends,” Gowan said.

Alternatively, House Bill 2011 wants to keep the cap, but raise the exemption to $10,000. The bill, sponsored by Rep. Gail Griffin (R), would allow more financial breathing room for certain veterans, but not break Arizona's bank on retired officers.

Still, raising the cap even by that much has lawmakers interested in redirecting the state's attention to other needs.

“I could find you five other groups of worthy people that we would love to have (lives) here,” said Rep. John Allen (R).