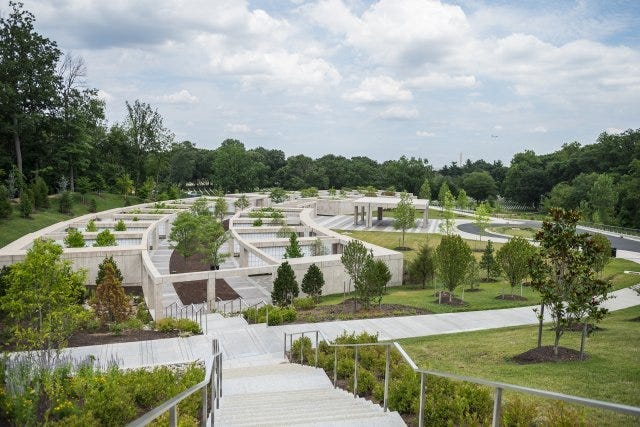 With less than 95,000 remaining burial spaces left within Arlington National Cemetery veterans hoping to have it as their final resting place may face some challenges.

On Wednesday, the Army proposed tightening eligibility requirements for burial in the cemetery. It is considering restricting below-ground burial to service members killed in action, Purple Heart recipients, former POWs, presidents and vice presidents, combat vets who were awarded the Silver Star or above, and service members whose deaths are combat-related, according to a release. Government officials who “made significant contributions to the nation’s security at the highest levels of public service” would also be eligible for above-ground burial at the cemetery.

Currently, any military retiree is eligible for below-ground burial at the cemetery and any veteran who left the service under honorable conditions can have their ashes inurned at the site. 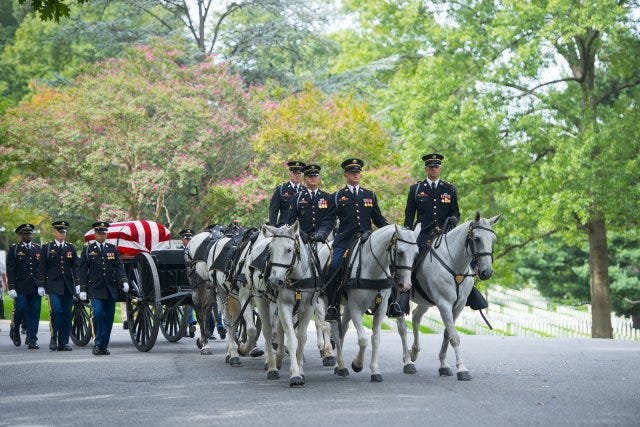 A planned Southern Expansion project near the Air Force Memorial and on a portion of the former grounds of the Navy Annex would add 37 acres of burial space to the site, but even with that, the cemetery will be full for first burials by the mid-2050s.

In a statement, acting Army Secretary Ryan McCarthy called the cemetery a national shrine for all Americans, especially those who have served in the military.

“We must ensure it can honor those we have lost for many years to come,” he said.

In addition to preserving 1,000 gravesites for current and future Medal of Honor recipients, the proposed revised eligibility criteria for above-ground inurnment would be limited to World War II-era veterans, including legislated active duty designees; military retirees who are eligible to receive retired pay but are not otherwise eligible for interment; and veterans who have served a minimum of two years on active duty and who have served in combat.

The 2019 National Defense Authorization Act directed the Army secretary to come up with new burial criteria for Arlington that would allow it to remain an active cemetery for the next 150 years. The new criteria have been under discussion for more than two years by The Federal Advisory Committee on Arlington National Cemetery, which includes a Medal of Honor recipient, military retirees, military families and former members of Congress.

“This is a lengthy process, but it’s another opportunity to have a say in what the future of Arlington National Cemetery should be for our nation,” Durham-Aguilera said.

The changes would not affect any burials already scheduled, or any planned until the rulemaking process is completed, which could take nine months. Veteran burial benefits and eligibility at other national cemeteries would also not be impacted under the proposal.

Arlington National Cemetery is filling up