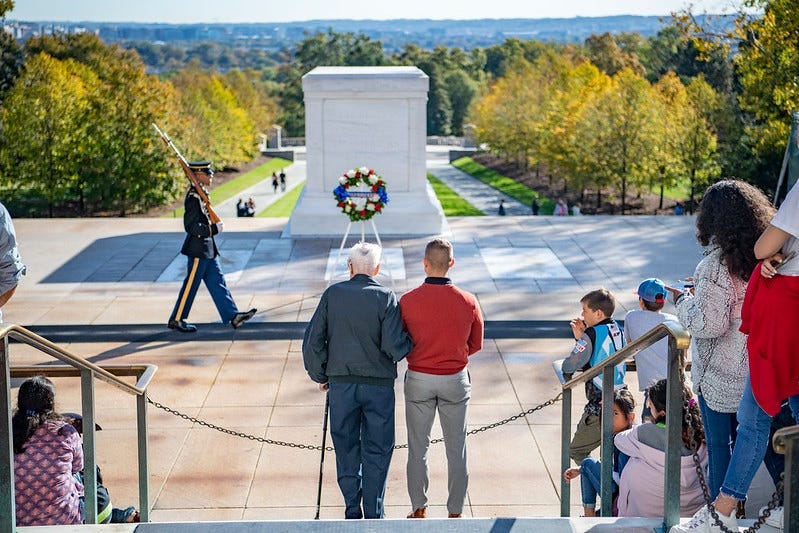 At 100 years of age, Jack Eaton is the oldest living Tomb of the Unknown Soldier Sentinel.

Age didn't stop the Burton, Michigan man from crossing off one of the items on his bucket list Wednesday, when he saw a recently erected plaque honoring his guardianship of the monument at Arlington National Cemetery from January 1938 to December 1939. 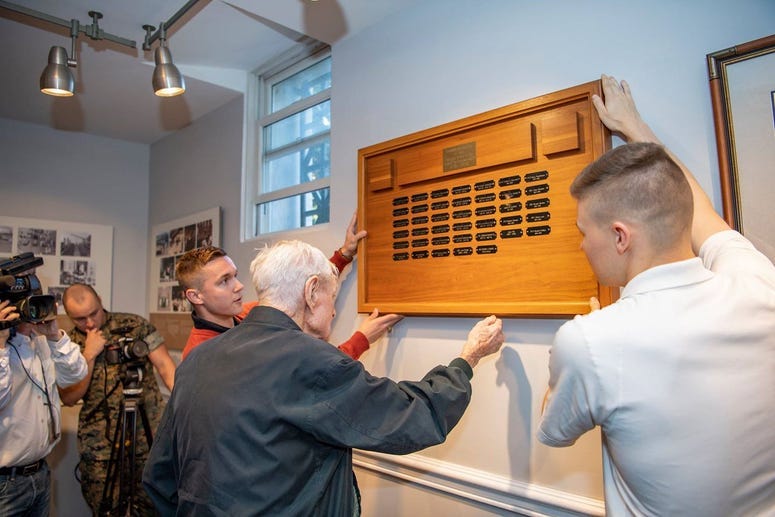 "I really like (knowing) that it's happened," Eaton told the Detriot Free Press. "This is a thing I've been wanting."

According to the newspaper, Eaton toured the area where plaques honoring soldiers who guarded the tomb are on display in 2017, only to find his name was not listed.

A subsequent investigation found that Eaton did deserve a plaque and one with his name and dates of guardianship was put up. Eaton visited the tomb as part of a Mid-Michigan Honor Flight in 2018 only to find that his plaque had been displaced.

“Someone described it as a 5-year-old boy who was told their birthday party had been canceled,” Eaton’s stepdaughter, Brenda Warburton, told the paper. 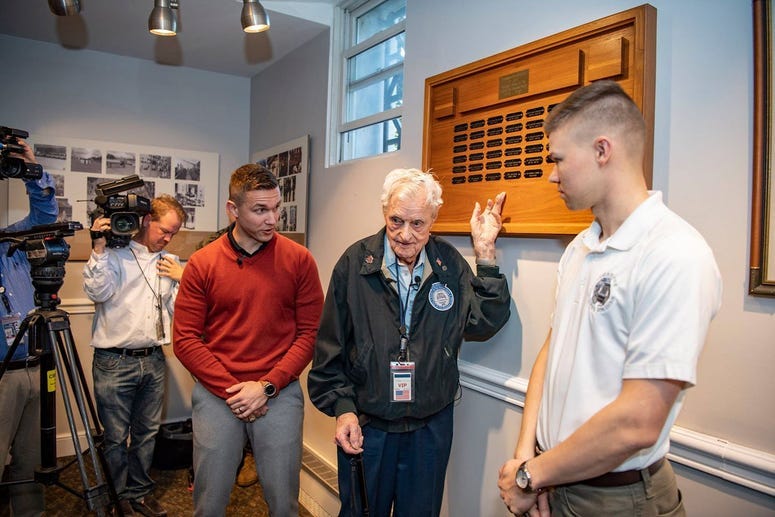 Warburton said it was great to finally see Eaton’s name on the plaque.

“He even got a little choked up, and that’s kind of unusual for Jack,” she said.

Eaton’s day began at the airport, where the former Army sergeant was met at the gate by hundreds of veterans and supporters who cheered and clapped as “America the Beautiful” played, the paper said.

"I just can't believe that this is happening. I don't think I did that much — I was just doing what I was supposed to do,” he said.