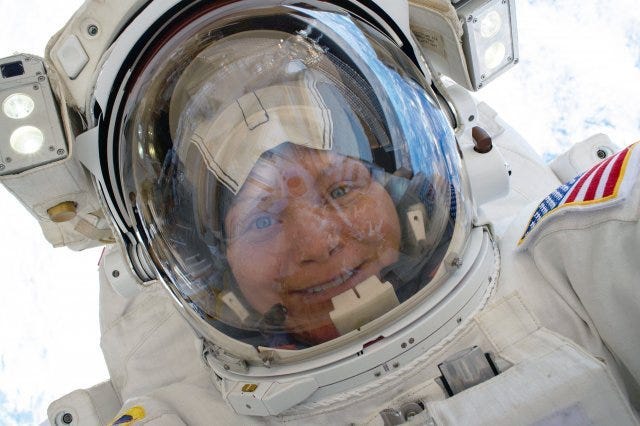 An Army astronaut on a six-month mission in space recently shared her experience, saying she still leans on her military training while aboard the International Space Station.Lt. Col. Anne McClain, a former helicopter pilot who has flown over 200 combat missions, blasted into space on a Russian Soyuz rocket in early December to serve as a flight engineer for her crew. "I spent my whole career working high-risk missions in small teams in remote areas, which is what we're doing right now," she said in an April 24 interview.McClain, 39, is one of five Soldiers in the Army Space and Missile Defense Command's astronaut detachment. Its commander, Col. Andrew Morgan, is slated to launch July 20, the 50th anniversary of the Apollo 11 Moon landing.SPACEWALKERDuring her stay, McClain has been able to complete two spacewalks -- both about 6.5-hours long -- for maintenance outside the space station, which is about the length of a football field. On March 22, she and another American astronaut replaced batteries and performed upgrades to the station's power system. Then on April 8, she and a Canadian astronaut routed cables that serve as a redundant power system for a large robotic arm that moves equipment and supports crews while outside the station. When she first started to train for spacewalks back in Houston, McClain said it reminded her of being an OH-58 Kiowa helicopter pilot on a scout weapons team. The spacesuits, she noted, are like small spacecraft that need to be constantly monitored in order for their occupants to stay alive against the extreme temperatures and vacuum of space. Suits have their own electronics, power and radio systems -- similar to components helicopter pilots often cross-check while remaining focused on the mission. Then there is the buddy team aspect of both operations. "Up here on a spacewalk, that's the other astronaut that's outside with you," she said. "On the ground, that was the other helicopter that I was flying with."Most importantly, you have to be able to work with that other person and their system -- their spacesuit, their helicopter -- in order to accomplish the mission," she added. "It was actually amazing to me how many of the skills kind of carried over into that environment."SPACE RESEARCH 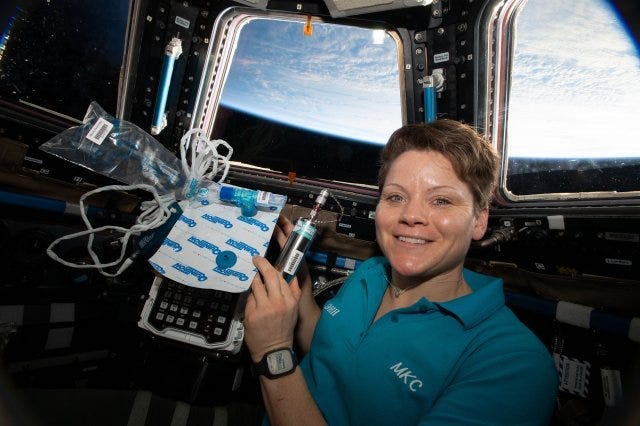