When the Army’s Black Knights and Navy’s Midshipmen take to the gridiron Saturday in Philadelphia for the 120th edition of America’s Game, there’s more than inter-service rivalry on display and bragging rights on the line.

There’s also history, patriotism, tradition, and a mule and a goat.

To get you ready for the big game, here are 11 fun facts about the matchup you might not know.

1. The teams have squared off a total of 119 times. To date, Navy has 60 wins, Army has 52, with the Black Knights winning every one of the match-ups since 2016. There also have been seven ties over the course of the game’s history.

2. The first game between the two academies was played Nov. 29, 1890 on West Point’s “the Plain.” The Middies had been playing organized football since 1879 and downed the newly established Army team 24-0. But they almost didn't get there. They needed transportation.  Each member of the Corps of Cadets chipped in 52 cents to cover half the traveling costs of Navy’s team.

3. Six Army-Navy games have been held on the campus of either academy, including those played in 1942 and 1943 during World War II.

4. Over the course of its history, the game hasn’t been played 10 times.  In 1909, Army canceled its schedule after Cadet Eugene Byrne died in the game against Harvard. The War Department ordered no games to be played twice during World War I, in 1917 and 1918 and in 1928 and 1929 when the academies couldn’t come to an agreement on player eligibility standards.

The teams also did not square off from 1894 to 1898 following an incident that reportedly happened between a rear admiral and brigadier general that nearly resulted in a duel after Navy won in 1893.

5. The game honored the fallen on Nov. 27, 1926, when West Point and Navy played at the dedication of Soldier Field in Chicago in tribute to service members who died during World War I. 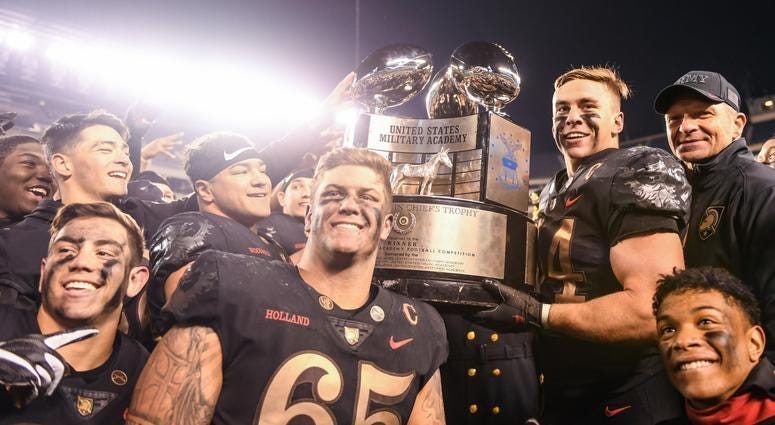 7.  The Army has had a mule as its mascot since 1899 when an officer decided the team needed a mascot to respond to Navy’s goat. The first “official” Army mule didn’t arrive at West Point until 1936, that’s when “Mr. Jackson,” a former Army pack mule, arrived at the academy. To date, there’s only been one female mule, “Buckshot,” who was gifted to West Point by the Air Force Academy in 1964.8. The first instant replay happened on American TV during the 1963 Army-Navy matchup.

10. Philadelphia was chosen in 1899 as a neutral site to host the Army-Navy Game. The game was played that year at Franklin Field. Other locations where the game has been played in Philly include Municipal (later JFK) Stadium; Veterans Stadium and Lincoln Financial Field. 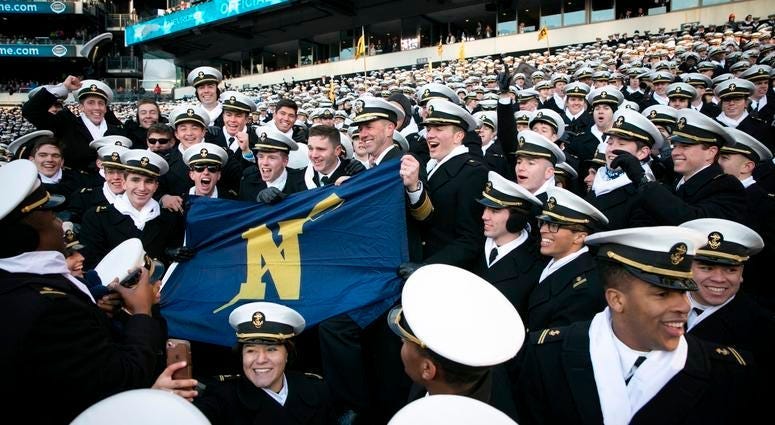 In 1983, The Rose Bowl became the only site west of the Mississippi River to host the game.11. No matter who wins the game, there will be singing. After the final whistle blows, players sing both teams' alma maters. Members of the winning team join the losing team and sing facing the losing team's students. The losing team then joins the winners on their side of the field to sing to its students.