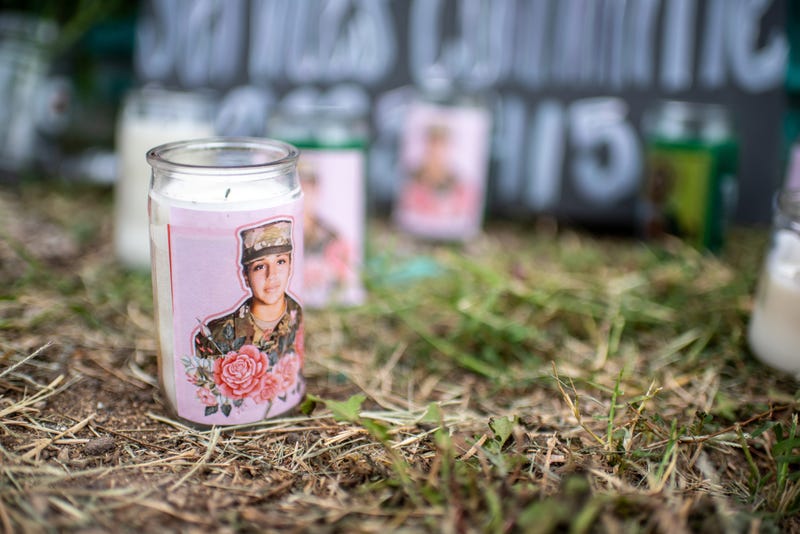 When Spc. Vanessa Guillen first went missing in April of this year, she was technically designated absent without leave or AWOL -- because the Army had no other designation. A soldier was either present or AWOL.

Now, in part because of Vanessa, that policy has been updated.

"Vanessa Guillen was not absent without leave but she wasn't present for duty either. She was missing," Army Chief of Staff Gen. James McConville said during a Pentagon briefing Thursday. "And so we want to have a category that's clear and unequivocal that if you're not present for duty, you're missing -- and it's not necessarily absent without leave which has certain connotations."

Beyond just avoiding attaching a negative connotation to soldiers who may have been the victim of a crime, Secretary of the Army Ryan McCarthy also said the new designation will help to change how soldiers approach the situation of a missing peer.

"It's to ensure that everybody's mindset is that they're missing until we can prove why they're missing," McCarthy said. "I think that's a very profound thing and it'll make our policy much tighter and more succinct."

Even though the Army knew within 24 hours that Vanessa was missing, not AWOL, they still lacked a designation other than AWOL to categorize her.

"Spc. Vanessa Guillen really affected all of us. Incredible soldier, we know her family, I think she touched every one of us -- and what happened to her was horrific," McConville said. "The Guillen family sent us their daughter, and -- quite frankly -- we didn't take care of her."

The updated policy is just one of several long-lasting impacts Guillen will likely have on the Army. The "I Am Vanessa Guillen" Act was officially introduced on the Hill last month by members of Congress and the family of Spc. Vanessa Guillen. But the policy also reflects the Army's new initiative to put its people first.

"AWOL carries a connotation with it that we just don't want for soldiers that are missing. When you talk about caring for soldiers...that's the philosophy that we want in the Army," McConville said. "We wouldn't leave soldiers behind in combat, we don't want to leave them behind in garrison. And if a soldier is not present for duty they are missing and we will continue to do all we can do to find them and get them back."