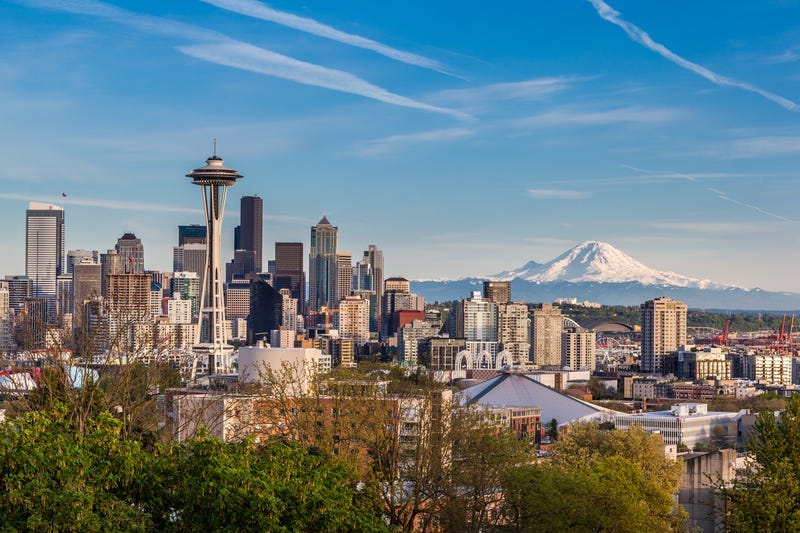 Just a little over half a million veterans call Washington home, and they're a smart bunch too.  On the national level about 25 percent of veterans have a Bachelor’s degree or higher, that number almost hits 30 percent if you just look at Washington vets.  (Seattle actually has the highest percentage rate of residents with a college degree!)

There are a few firsts that we owe to this state.  The first gas station in the world opened in 1907 in Seattle.  Seattle was also the first American city to put police on bikes.  One has to wonder if the line at the gas station was too long for the cops, but I digress. The games Pictionary, Pickle-ball and Cranium were all invented in Washington.  And in 1980 the state gave us something very, very important... the world’s first expresso cart!

For veterans wanting to live in Washington, there are a few laws you need to know about before moving there.  It’s illegal to destroy someone else’s beer bottle if you live in Washington.  Same for walking around in public if you have a cold. In Wilbur, it’s against the law to ride an ugly horse.  There’s a law in Vancouver that requires all motor vehicles to carry an anchor as an emergency brake.  And in Seattle, women who sit on men’s laps while on a bus or train, without putting a pillow between them face an automatic six months in jail.  Also on Seattle busses, don’t bring a fishbowl or aquarium that’s filled with water.  The sound of sloshing water may disturb the other passengers and that’s illegal.

Washington does not have personal income tax.

Several organizations in the state provide financial utility bill assistance for vets and their family members.  You can find county services here.