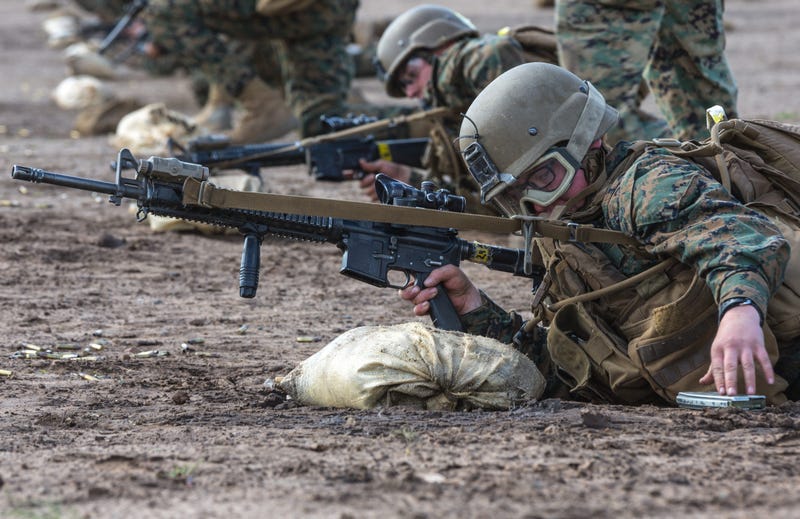 The Department of Defense has been working to implement better-fitting personal protective gear for all service members including females since 2018. Now, Sen. Joni Ernst, R-Iowa, has introduced a bill to ensure that implementation actually happens — and sooner rather than later.

Reports from the Defense Advisory Committee on Women in the Services (DACOWITS) have shown both that poorly-fitting personal protective equipment (PPE) causes injuries — and that it is in short demand. Female-specific and smaller sized PPE is limited across all branches and generally only issued to female military personnel who are going on deployment.

Efforts are being made to make this equipment more available and more effective, but Ernst — who was the first female combat veteran elected to the Senate — wants to expedite that process with her bill, the "Female Body Armor Modernization Act."

“Women continue to make strides in serving in critical roles within our nation’s military. As a woman who served in combat and commanded troops during Operation Iraqi Freedom, and with my own daughter who is going through training right now at West Point, I understand just how important it is for all service members to be properly equipped for the battlefield,” Ernst said.

The legislation hopes to expedite the contracting, procuring, and fielding of new generation PPE that fits all service members including females — but the bill doesn't stop there.

The next generation of PPE should be made in collaboration with the academia and technology industries. Any barriers in this implementation process should be submitted in a report to Congress in fiscal year 2021.

The Defense Health Agency should also be involved, according to the bill. The bill will require DHA to provide a system where data on injuries can be uniformly tracked — and that system should be used to identify just how many injuries could be prevented with better-fitting PPE.

“Right now, female service members are facing injuries due to ill-fitting equipment," Ernst said. "We must do better for our military men and women. This commonsense, bipartisan proposal is a step toward ensuring adequate and proper-fitting equipment is readily available to our female servicemembers to ensure their readiness, survivability, and effectiveness in combat.”

The bill has been referred to the Committee on Armed Services and is awaiting review.