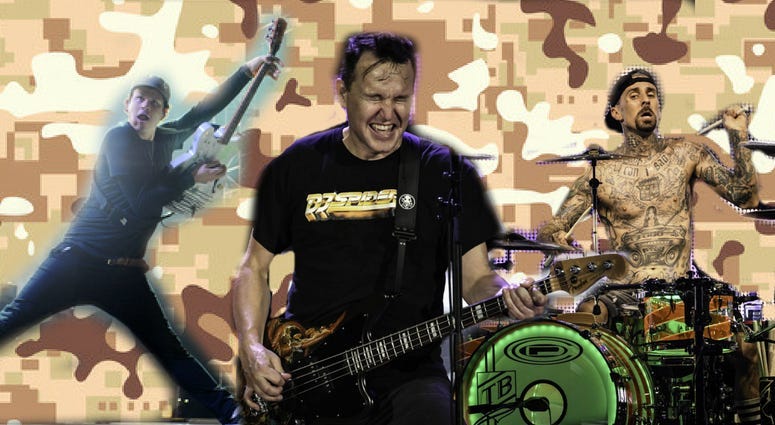 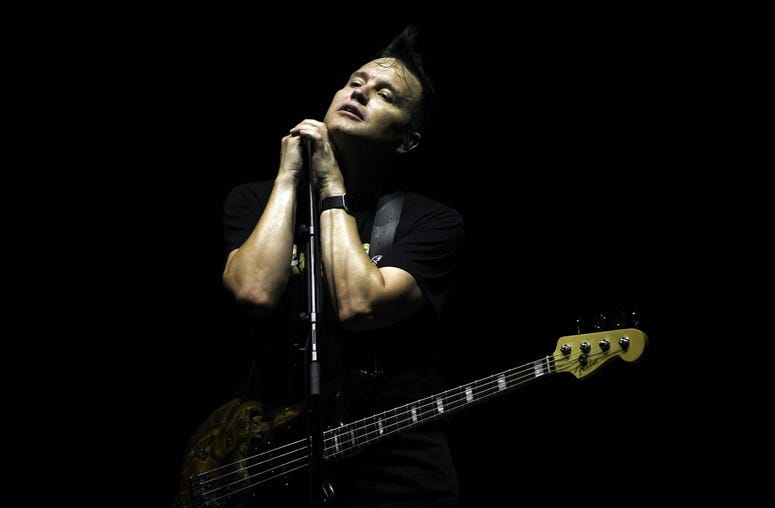 When asked by a fan on social media if he had a very true story that nobody would believe actually happened, Blink-182 bassist Mark Hoppus responded with a tale of when he once pitched an ingenious plan to a member of the US military to capture dictator, Saddam Hussein. "On an aircraft carrier in the Persian Gulf, I told a Navy Admiral on his way to meet with the Joint Chiefs of Staff my ideas on how to capture Saddam Hussein," said Hoppus.

His plan was actually quite ingenious and creative. Given his technical knowledge of giant loud speakers, his plan was to use Hussein's video messages against him. "My idea was to have trucks with big speakers drive around BLASTING time code just out of the frequency range of human hearing, but within the dynamic range of the video camera's microphone. When Saddam released a tape, he would have inadvertently recorded the time code. Using the time code, you could go back and pinpoint a general radius from where the truck was." From there, the search could begin and by adding more trucks, they could narrow down the area in which he would be hiding. 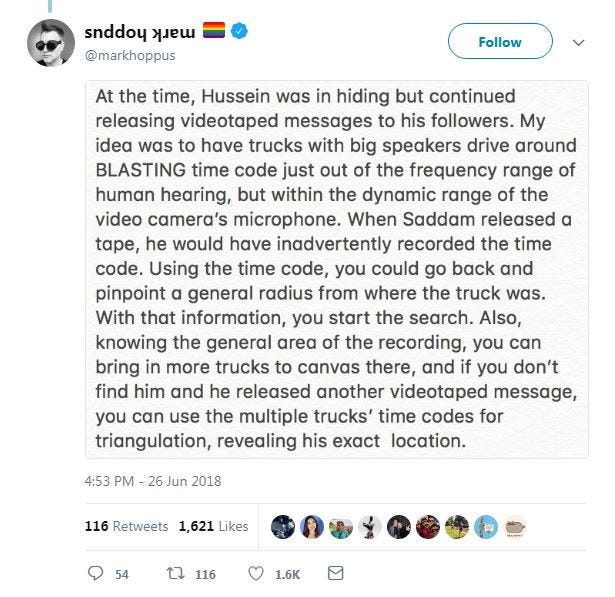 The Iraqi Special Tribunal sentenced Saddam Hussein to death by hanging for crimes against humanity in 2006.

The American military captured Hussein in December 2013 after the success of Operation Red Dawn.