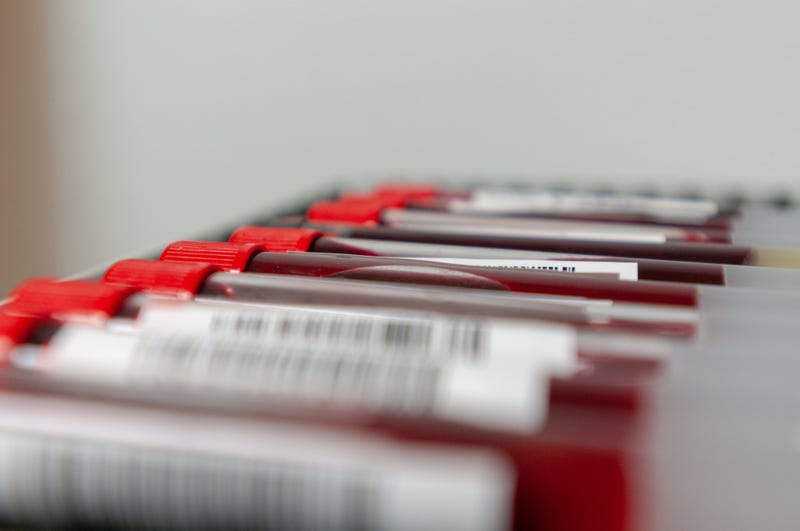 Soon, there could be an objective blood test available to test for and help diagnose PTSD.

Researchers worked together to test blood-based biomarkers as potential tools for diagnosing PTSD. The team has identified 28 physical and molecular biomarkers — and that's after they started with roughly a million of them.

The team, which included researchers from NYU School of Medicine, Harvard John A. Paulson School of Engineering and Applied Sciences (SEAS) and the U.S. Army Medical Research and Development Command, has been working to narrow those biomarkers down for six years.

The study used a cohort of 83 male, warzone-exposed veterans from the Iraq and Afghanistan conflicts with confirmed PTSD and 82 warzone-deployed veterans without PTSD as healthy controls. All the participants were from the Manhattan, Bronx and Brooklyn Veterans Affairs Medical Centers. The million biomarkers were tested across this group of veterans using statistical techniques which narrowed the number down to 343 to 77 to the final 28.

Those 28 biomarkers, which included the activity levels of certain genes and amounts of key proteins in the blood, were tested on a separate group of veterans — and were able to match PTSD diagnoses with 77-percent accuracy.

Previous research has indicated that PTSD affects more than just the brain — and the results of this study support that theory.

"These results point toward many biochemical pathways that may guide the future design of new drugs, and support the theory that PTSD is a systemic disease that causes genetic and cellular changes well beyond the brain," researcher Frank Doyle said.

They also offer the potential for a more objective diagnosing standard — currently, PTSD is diagnosed largely using self-reporting and interview evidence. An objective test could help combat the obstacles caused by the military stigma around PTSD. It would also be the first test of its kind.

"While work remains to further validate our panel, it holds tremendous promise as the first blood test that can screen for PTSD with a level of accuracy useful in the clinical setting," senior study author Charles R. Marmar, chair of the Department of Psychiatry at NYU School of Medicine said. "If we are successful, this test would be one of the first of its kind - an objective blood test for a major psychiatric disorder."

While more work needs to be done to define and commercialize the test, the potential for an unbiased blood test for PTSD is on the horizon.