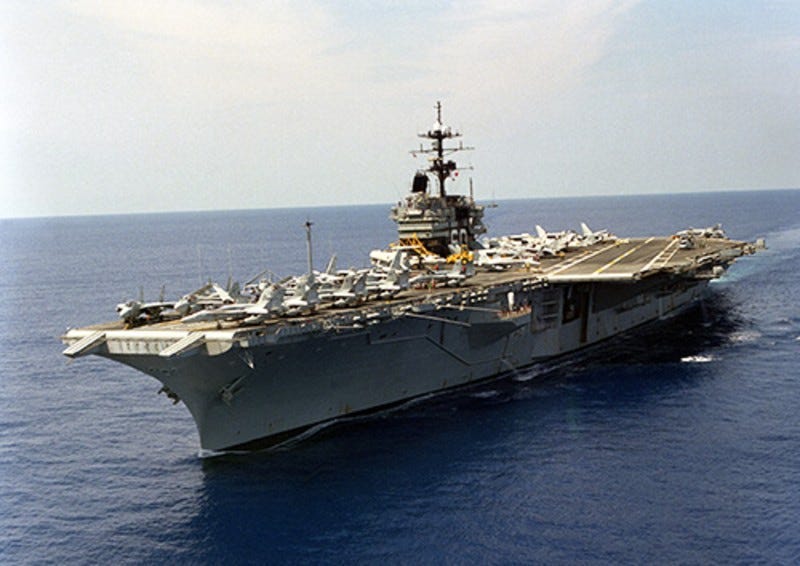 A collaborative effort between the Department of Veterans Affairs and the National Archives and Records Administration is helping to determine ship locations and digitize more than 1,800 Blue Water Navy ships logs from the Vietnam era.

According to a VA blog post, the data contained in these ships’ deck logs is critical in determining qualifying ship locations in accordance with the law. For the first time, VA will have each of the ships mapped with precision, providing a comprehensive view of their locations.

The Blue Water Navy Vietnam Veteran Act of 2019 gave VA the opportunity to consider new and previously submitted Blue Water Navy claims. The legislation was one step in a decades-long fight to guarantee the same benefits to nearly 90,000 Navy veterans who served in the waters offshore of Vietnam that their land and brown-water comrades were already entitled to after potentially being exposed to Agent Orange.

The VA estimates that there are between 420,000 and 560,000 Vietnam-era veterans who may be considered Blue Water Navy veterans. The law also extends benefits to survivors and dependents of those veterans with confirmed service and whose claims would have been granted as a result of the new law.

NARA’s and VA’s collaboration has already assisted in granting more than 22,524 claims since Jan. 1, 2020, according to the blog post. More than 29 million images from U.S. Navy and Coast Guard deck logs have been digitized.

The effort has also provided ship name, date and coordinates to feed an internal claims-related technical processing system that identifies the vessels that may have traveled within the offshore waters of the Republic of Vietnam.

“This proactive approach ensures that rating veterans service representatives have the evidence needed to render a decision the first time a case is reviewed,” the blog states.

NARA is in the process of redacting the images to make them publicly accessible through its website.